For this year’s edition (2019) of PHotoESPAÑA, Susan Bright has been invited as Guest Curator. Her proposal Déjà Vu? includes five exhibitions that together center around the themes of art history and painting (e.g. Sharon Core / Laura Litinsky at the National Museum of Romanticism), but also (mis)communication (e.g. Clare Strand, The Discrete Channel With Noise), collaboration (e.g. Elina Brotherus, Playground) and the archive (e.g. Patrick Pound, Air). All, in their own way, question the stretch, functionality, and historical weight of the medium of photography; how it continues to resonate, in its various ways.

Elina Brotherus once again highlights strategies from art history that resound in her experimental and performative work that not only questions the current role of the artist, but also enables the viewers to reconsider the nature of art, history, repetition, documentation, authorship, and interpretation. This exhibition features artworks created between 2016 and 2018, including collaborations with Vera Nevanlinn, the sculptor Erwin Wurm and the Austrian feminist vanguard artist Valie Export. 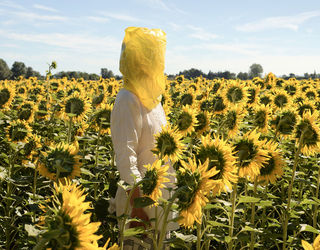 Clare Strand examines what happens when information is misread, misunderstood and reinterpreted. Her husband Gordon MacDonald selected ten images from Strand's collection. Simultaneously, Strand made a transparent grid to fit over each image and asked MacDonald to assign each picture element in the grid with a tonal number between 1 and 10. During a residency in France she then made a similar grid on a large piece of paper taped to her studio wall. Her husband communicated, via phone (!), the tonal numbers of the picture elements line by line. Strand would then methodically paint each square using paints numbered 1 to 10. Even when not having seen this body of work with own eyes, one can imagine the loss of information that occurred when transmitting one medium, photography, and then transforming it into painting… 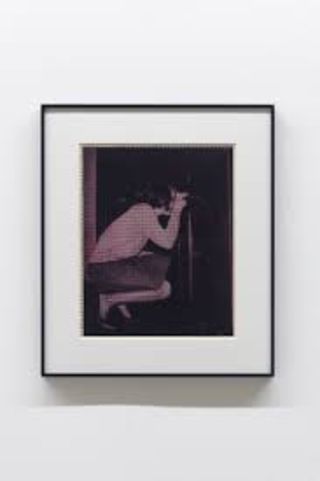 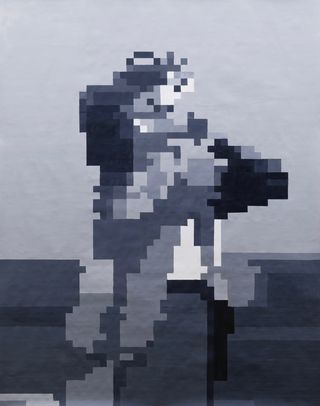 Delio Jasse (1980, Angola) – also part of Bright’s curatorial programme with The Lost Chapter, with the two series Nampula, 1963 and Nova Lisboa (to be seen at the Frenan Gomez Centro Cultural de la Villa, together with Strand and Brotherus) - interweaves found images with clues from past lives (found passport photos, family albums) to draw links between photography - in particular the concept of the 'latent image' - and memory. Upon visiting a flea market in Lisbon, Jasse acquired boxes of unwanted documents that contained several hundred photographs, many of which captured the life of a Portuguese family living in Nampula, Mozambique in the 1960s (Lost Chapter Nampula-1963).

Archival photographic sources are here applied to question the construction of historical, collective, and individual identity. The portraits of Nova Lisboa (2018) recall an ambitious dream to turn Angola into a Portuguese overseas “province” and demonstrate a clear intention to consolidate a colonial presence. While the identity of the family remains unknown, Jasse was able to piece together fragments of the family’s narrative by cross-referencing the prints against the official paperwork, from bank stamps to government letter to personal correspondence. 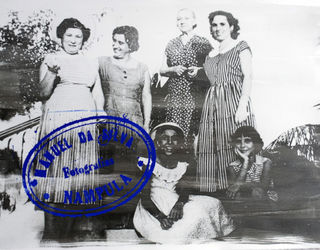 These are just a few highlights of the extremely dense and wide range of the festival programme, which has been developed around three core themes: the importance of collecting, contemporary Spanish photography, and emerging photography.

Donna Ferrato (exhibited with the shows Holy at the Círculo de Bellas Artes and TriBeCa at the La Fábrica gallery) has been granted a PHotoESPAÑA Award. Holy, specifically, illustrates Ferrato's 50-year career in a retrospective with photographs that appear in her new book by the same title, to be published later this year by PowerHouse. In it, Ferrato has written each caption herself by hand and with that, she makes us the witnesses of the interminable struggle for gender equality.

The PHotoESPAÑA 2019 Discoveries Prize went to Lilia Luganskaia for her project Investigation Of Love: a story of privacy, politics, immigration, bureaucracy and love. The project explores photography as evidence, and whether photographs can work as proof of such an abstract notion as love. The jury found that her work shows a highly creative approach to debating a relevant, timely matter, such as emigration and photography in a post-truth era.

Finally, what should be mentioned briefly here are the PHE Book Award winners: Remembering the Future by Albarrán Cabrera (published by RM Editorial), and Gülistan by Lukas Birk / Natasha Christia (published by Fraglich). The jury also rewarded The Migrant by Anäis López as Best Self-Published Book.

The 22nd edition of PHotoESPAÑA takes place from June 5 to September 1, 2019.