Nothing Lasts Forever: an interview with Sebastiaan Pagano Mirani

This Friday, Amsterdam-based photographer Sebastiaan Pagano Mirani (1989) opens his first solo exhibition, called Nothing Lasts Forever. Pagano is a young photographer whose noisy, diaristic analogue photos draw inspiration from his emotions. One of his earlier projects was based on his dealing with the loss of his father, using photography to capture his feelings in as honest a way as possible. With Nothing Lasts Forever, Pagano showcases fragments of fear, sex and death in order to express how he experiences life. In this interview, Pagano talks about his reasons to share such personal work with the world, and his exhibition, which he calls a “firebrand against nurtured numbness”.

‘Nothing Lasts Forever’ sounds like a kind of life lesson. What do you want to say with it?

First of all, I wouldn’t call it a life lesson. Who am I to tell people what to do? I’m already happy if people just think when they look at my work. I could try to transfer my interpretations on the viewer, but it’s not my intention to give them one specific feeling or to tell them one specific story.

However, for me personally, it’s a life lesson indeed. Nothing Lasts Forever is about the concept of time, it’s about a connection with the moment. It helps me to live in the moment and not to focus on the future or the past. You can try to live as extreme as possible, trying to experience everything at the same time, however, this makes me restless and it makes it impossible to really experience life. This restlessness is something I try to fight against and I think it’s a recognizable struggle for a lot of people. For example, I hear people often complain about the bullshit posted on Facebook, but at the same time, they scroll several hours a day to look at this bullshit. That’s an example of what I call ‘nurtured numbness’. With my exhibition, I want to focus on the opposite state of mind, so it's a firebrand against nurtured numbness.

Are there any other topics, besides living in the moment, which you address with your exhibition?

There are several recurrent themes in all my work, like sexuality and mortality, which also return in Nothing Lasts Forever. But this time, I connected these themes with the concept of time. 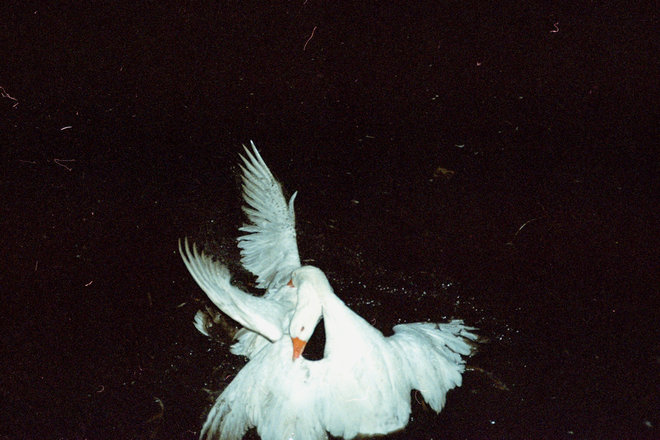 Sexuality and mortality are often taken as opposite sides of the same coin. Why do you choose to focus on these themes and which connection do you discover between them?

These big themes continue to fascinate me and I could explore them my whole life. Everything in life points back to mortality and sexuality. For that reason, I’m not the first who investigates them, but I try to do so in the purest and most honest way possible. That results in the fact that I come to different conclusions every day. While I’m photographing, I also try to live in the moment and capture what I feel at that certain moment. That’s why my exhibition shows a balance between both positive and peaceful but also negative and shocking images. The exhibition features eight stills and eight portraits. Some photographs are romantic and show naive moments, while others are very confronting and deal with heavier topics, such as death.

What kind of preparation do you do, to capture these moments?

Most of the time, I have a rough idea of the place and atmosphere I want to capture. Photography is an excuse to go on adventure! For example, I would find a place that attracted me, like a mountain, cliff or waterfall and then I would go there with my girlfriend, who modelled for the series. From there, the execution of the photographs is very instinctive and depends on the way I feel at a certain moment. By putting the emphasis on the moment instead of planning too much in advance, a lot of beautiful unforeseen things happen.

You just said you photographed your girlfriend. What’s the difference between photographing a stranger or someone you know very well?

During my study at the Fotoacademie and just after my graduation, I photographed a lot of people, mostly girls, who I didn’t know. I found out that it’s more intimate to portray my girlfriend than someone I don’t know. It’s also less planned and therefore more spontaneous and personal. Furthermore, I want to communicate who I am, so it feels logical to photograph someone who knows me well.

Isn’t it strange to share these intimate, naked images of your girlfriend with the rest of the world?

No totally not. In a way it’s flattering for both of us. We both reveal ourselves: I tell my story and she’s the figure who helps me in making my story visible. 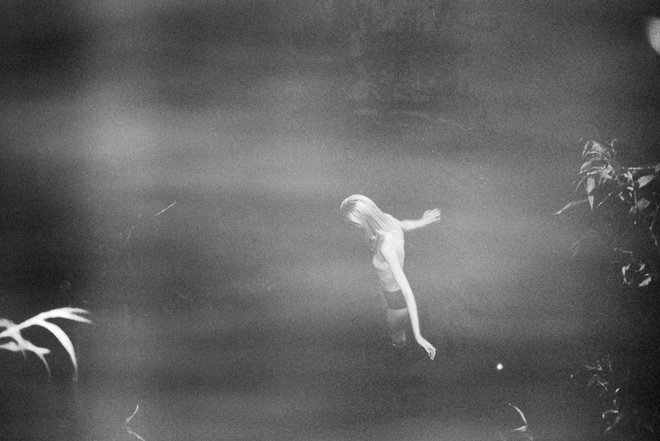 You also revealed a personal story in your previous project, which was based on the way in which you dealt with the loss of your father. Why do you want to share such personal experiences with the world?

The only thing I’m doing is being as honest as possible. I want to reveal all my emotions. I’m against the hiding of emotions. In today’s society, I still find that men are ashamed of their feelings, or not allowed to show them, and that frustrates me. When I’m emotionally concerned with something, I have to reflect this in my work. Even when it becomes very close.

In what way does photography help you to deal with your emotions and struggles?

When you start searching for where emotions, such as fear, are derived from, this causes calm and peacefulness. Photography is a tool to do this searching for emotions. There are other tools to research emotions as well. I’m also busy with mindfulness and yoga. And I love writing. I’ve lots of notebooks in which I write down my thoughts.

Do you think of your work as belonging to a certain genre?

I don’t know. When I start thinking about it, I often get stressed. Sometimes my work tends to fashion photography, other times it’s more autonomic. I don’t want to put a label on my work. If I start overanalyzing my photographs, they will lose their sincerity. 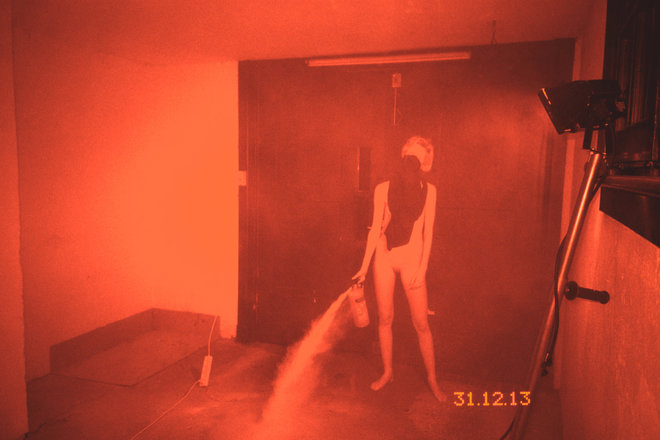 When I look at your work, it also makes me think about the heroin chic period within the fashion industry during the ‘90s. Does this period inspire you?

I find the heroin chic period very interesting indeed. Especially because the photographers of this period, such as Juergen Teller, didn’t make their work from a commercial point of view. They just made what felt good to them. That is also the case with for example the punk rock from the ’70s, a movement within the music industry which inspires me. Punk rock was about the idea of awakening people rather than making technically good music that would be suitable for the radio.

Do you also, like the artists who inspire you, try to avoid commercialism?

Yes. I know it’s a risky thought, but I think I’ll be able to be a good photographer if I make a statement rather than pleasing people. If I would stick to trends for example, my work would become interchangeable. I also don’t want to make my work too accessible. I don’t even have a real website. I want people to experience my work physically. My exhibition is not arranged with an eye on its marketability, but I only want to focus on how it has to be and what feels good to me. The Cloud Gallery gave me the freedom to arrange my work like I wanted it, which made it possible to reflect the themes of my work in the way in which it is presented. I’m going to do some extreme, unusual things, which you really have to experience physically.

Nothing Lasts Forever will be shown from April 29 until the 1st of June in Cloud Gallery in Amsterdam.