In addition to the Noorderlicht portfolio in GUP#30, The Metropolitan Issue, we bring you six chapters introducing fifteen photographers as well as the six featured themes for upcoming Noorderlicht Photofestival in Groningen, The Netherlands. Today chapter 5: Machinery.

Looking down on the city, metaphors spring to mind. A machine. An artificial brain that works according to the strict protocols of commerce, production and consumption. An untameable beast that feeds on human labour, naturalresources and energy. Willing or not, we are caught up in its processes, in factories, in cars, lifts and metros, in the arteries of the city, anonymous and subservient.

Kai Uwe Gundlach – The Crowd, 2009
The work of Kai Uwe Gundlach (Germany, 1966) deals with urban life, especially with the individuals life in today's mega cities of the world. It shows aspects of the everyday life in a mega city by breaking up the usual ways of looking at things by giving everything a new angle to look at it. Like in this photo, from a distance the single individual gets lost in the crowd and in it`s environment. 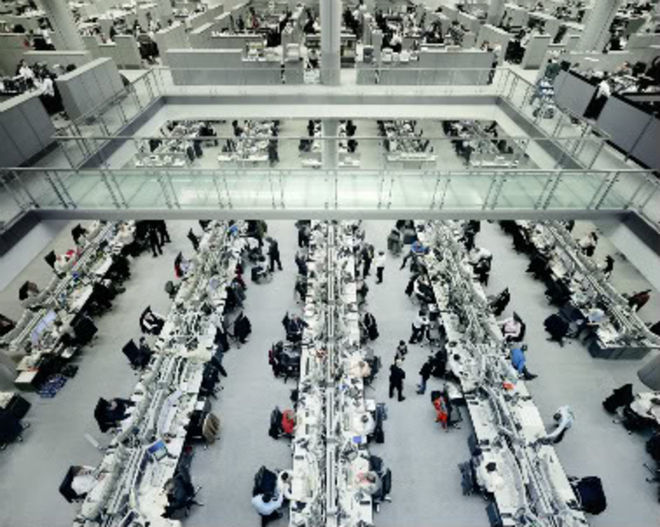 
Gina LeVay – Sandhog Project
In her award-winning work The Sandhog Project, Gina LeVay (USA, 1978) confronts us with the dangerous work of New York’s Sandhogs. They are miners who are 800 feet below Manhattan tunneling bedrock to create the 60 mile long City Water Tunnel #3, which will provide fresh water and prevent a catastrophic water shortage in the city. The future of the Metropolis depends on the efforts of these unseen miners. Few people though know about this mammoth excavation-or the story of the Sandhogs themselves. 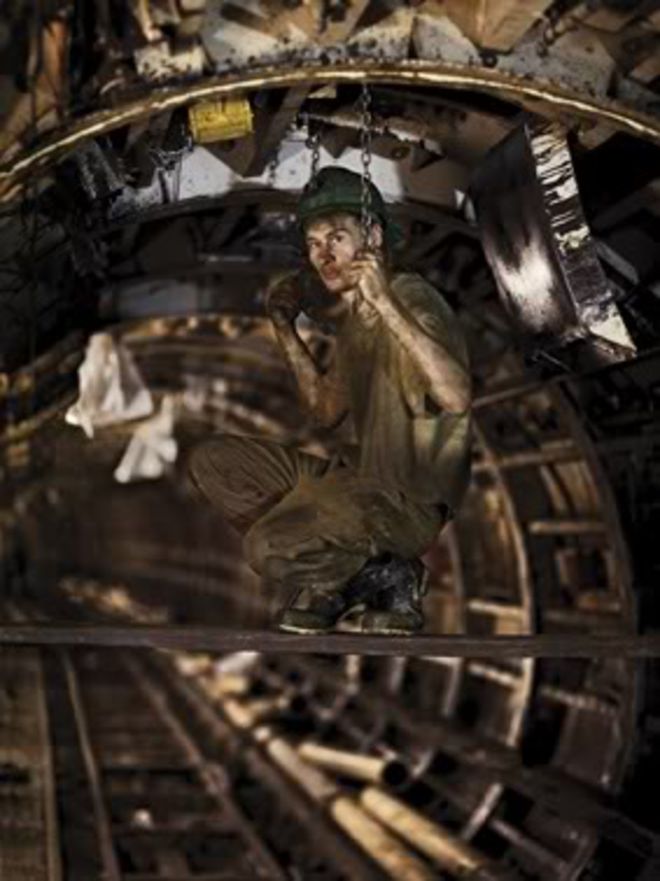 Thomas Kneubuhler – Office 2000
Office buildings are only accessible to the people who work in them. They are places of power, and therefore protected by security guards and surveillance cameras. Yet, at night, the inside becomes visible; in many places lights stay turned on overnight, even when no one is working. The buildings start to reveal their secrets and they become vulnerable: the innocuous presence of unmanned computers, the blurred image of a worker who cannot be identified, the inconclusiveness of surveillance. 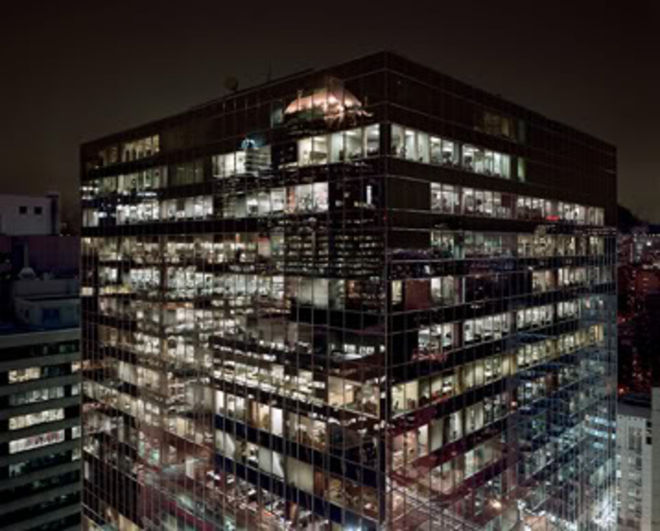