In May 2015, Dutch photographer Robin de Puy set out to create a new body of personal work on the open roads of America. Travelling alone on a Harley Davidson, de Puy clocked over 10,000 kilometres; going through countless towns and cities in the American Midwest, she put everyday people, unaccustomed to the spotlight, in front of her camera. In this interview, she talks about the ‘urge’ of wanting to photograph somebody, what makes a good portrait, and how it’s not a bad thing to let your guard down.


The American Road Trip has been done by a lot of artists and photographers. Why did you choose to drive through America, and not through Europe, for example?

I felt that America was the best place to do this kind of trip for the first time, because it’s far enough that I can’t just be back home in a few hours, but it’s not completely unknown to me. I’m also fascinated by countries in Asia and Africa, but to me that seemed as too big of a leap to make - especially as a woman that was travelling alone. I knew that, in the beginning, it would be really difficult for me to actually go out and photograph, and I didn’t want to make it easy to give up and return back home with nothing. So, in a way, it was kind of like I gave myself a challenge, as well as an extra push to go and do something.

Was there something that you felt was missing from the genre?

I didn’t go there to photograph ‘The Americans’ – if that were the case I could have made a book twice the size of the one that I’ve got right now - plus I don’t feel like I would have a lot to add to what’s already out there. When I first arrived, I photographed a lot of people at gas stations, but when I looked at the portraits, I knew immediately that that wasn’t what I wanted to make. I didn’t feel like I should approach this trip in a solely documentary style way, or in the style that a lot of people in that genre tend to photograph.

I think, in its entirety, this work is a lot more personal - meaning the texts that I’ve written combined with the photographs. The only demand that I had before I left was that I wanted to connect with somebody. Because of that, the project was elevated to a much more intimate level, that I don’t really tend to associate with photographs from those classic American road-trips.

How did you do that? Create connections with the people that you photographed?

I believe that a connection with somebody isn’t really something that you can create. For me it’s clear, usually within the first second of meeting somebody, if I’ll feel a connection with them or not. The reason I feel that could be anything, from the way they’re looking at me to their body language. It’s best described as an urge you have when you walk down the street, see somebody and think, “I wish I could go and do something…. ANYTHING with them!” 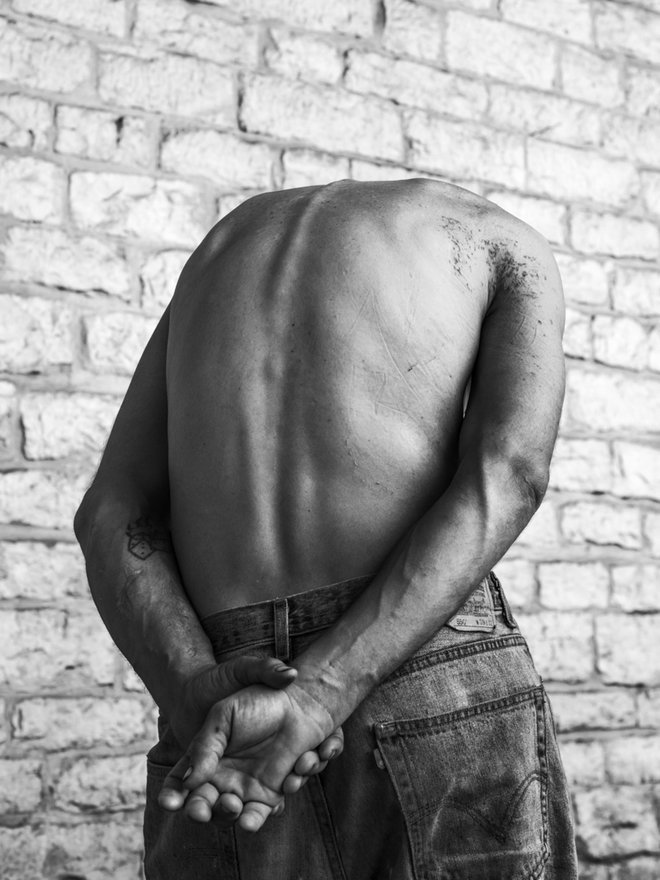 You mentioned that urge in the book several times, especially when you talked about photographing the back of a person who has an extreme form of scoliosis. In his pain you found beauty, but you still felt a bit of guilt after taking the photo, correct?

With that in mind, how do you go about taking self-portraits?

I think there are a lot of interesting facets to making a self-portrait. First of all, I take self-portraits to see if I can photograph myself in the same way that I photograph somebody else. Too often I hear that somebody doesn’t recognise themselves in a portrait that somebody took of them, and I wonder why that’s such a big deal. To me, a good portrait says a lot about the photographer - or better yet, it says more about the photographer than it does of the person that’s being photographed! When I look back at my self-portraits, and look at the time and place that they were taken and where I was as a person - they give a truthful representation of what it was like, even though at first glance they feel like failed portraits to me.

What frustrates, but at the same time fascinates me, when it comes to self-portraits, is the love and acceptance that I feel for other people’s faces and bodies, which I don’t have for my own. So through photography and distancing myself through that process, I’m examining or hoping to find a way to look at my own body like I look at other people’s bodies. 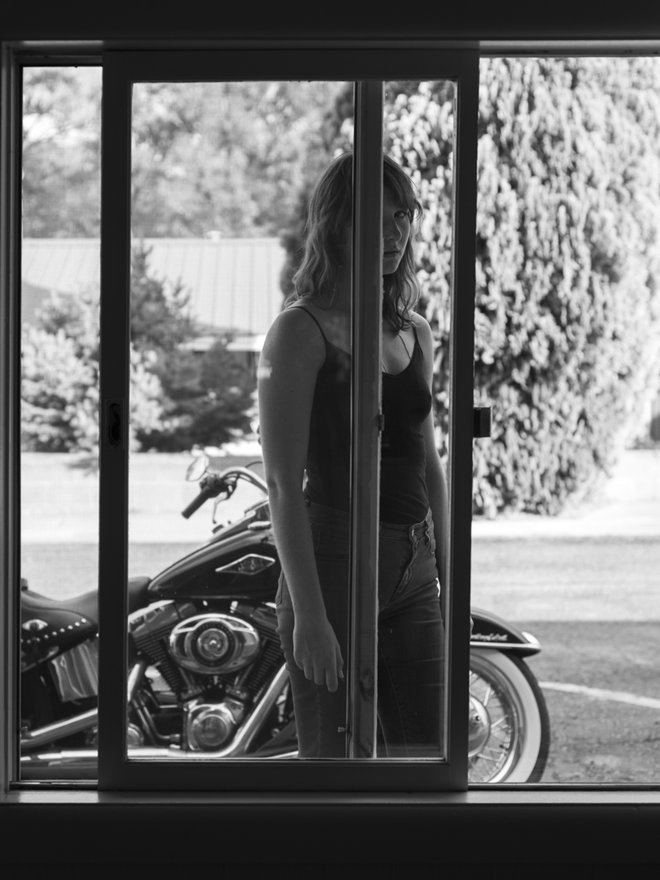 You photograph most of your subjects in a solitary way, giving the impression they're loners or misfits. Do you think there's a negative connotation there?

It’s true that most of the time I portray people who are alone, or feel alone, but I guess that’s because those are the kind of people that I can relate the most to. I don’t think it’s a bad thing. Being a loner is very much a personality trait – it’s at the core of who somebody is – and I identify with that. It’s a very recognisable and relatable thing for me, that loneliness or that feeling of being disconnected from everyone.

I noticed that the landscapes in your work barely ever have another animal in it, let alone another human being. How do the portraits and landscapes relate to each other in the book?

I took the landscapes at first for myself, to not forget where I was or where I had been. There were days where I was riding on my Harley for so long that I ended up in this flow where the days seemed to intertwine with each other. It was such a nice feeling to really experience the openness of the space and the landscape over there. It’s a very different kind of space than what I’m used to in The Netherlands, yet I felt extremely safe and comfortable over there. On the other side of the spectrum from that, I needed to make those portraits to not completely cut myself off from the rest of the world. 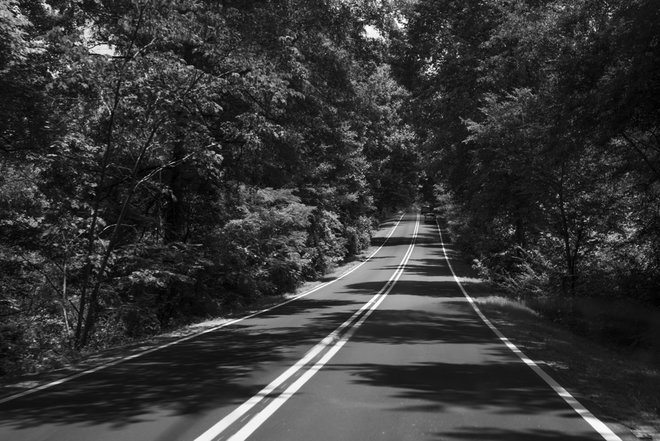 Looking back, is there anything that happened, which took you completely by surprise?

What really surprised me was the sense of safety that I felt when I was on the road. When I first started I had a lot of issues with the weather, I thought that the ecosystem had it in for me and that I had to go through storms, snow and rain to get to a certain place. Because of that I learnt how to work with what I’ve got, let go a bit more, and how to ‘go with the flow’.

But the most special thing that I’ve encountered throughout this journey is that I found that instead of needing to grasp for a connection with somebody, I had actually managed to meet and truly connect with so many different types of people. Now, I feel that there are people everywhere who are dear to me and that will always welcome me back with open arms.

As I was reading the texts in the book, I had the sense that you felt most at home when you were traveling…

Yes! And that’s pretty ironic because it’s simultaneously one of my greatest fears. I’ve always found it difficult to leave a place, and say goodbye to people. But, once I’m actually travelling, and in transit to another place, I tend to feel a sense of calmness. I always yearn to go somewhere else, but at the same time it’s a very scary thing for me to actually do. Those two feelings are always fighting with each other.

Do you think you need that anxiety to create work?

I think most of the time my anxieties play too large of a role in my life. But because that’s the case, and those fears and anxieties are always present, I can’t do anything but ‘give up’ on trying to act like everything is fine. When I let my guard down like that, I’m at my most vulnerable; it feels like anybody can take advantage of me if they wanted to. I find that in those moments, I meet people with which I have the strongest connections. Because I’m not hiding anything and there’s no mask, or ‘wall’, when I interact with another person, people can have a strong effect on me and vice versa - and that in turn can help create a strong image.

De Puy’s first solo exhibition ‘If this is true… 8,000 Miles on a Motorcycle in the USA’ is on view at the The Hague Museum of Photography until June 26, 2016.