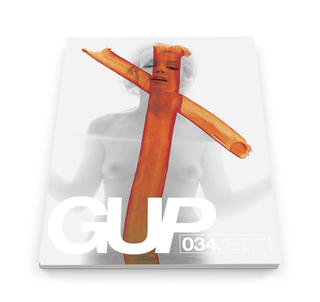 Herb Ritts (1952-2002) has gained a global reputation as a major fashion, personality and fine arts photographer. Like other great photographers – Helmut Newton and Bruce Weber, for example – Ritts didn’t study photography. “I think a lot of the time these days people are so concerned about having the right camera and the right film and the right lenses and all the special effects that go along with it, even the computer, that they’re missing the key element,” he once said in an interview.

In his life and work, Ritts was drawn to clean lines and strong forms. This graphic simplicity allowed his images to be read and felt instantaneously. They often challenged conventional notions of gender or race. Social history and fantasy were both captured and created by his memorable photographs of noted individuals in film, fashion, music, politics and society.

Ritts’ style emerges with great force in the more personal research, i.e. the surreal images based on his fears and fantasies, personal and collective obsessions. He is also known for celebrating the human body as strong, sensuous and beautiful. There are many examples in his work where you can find the tactile appeal of surface textures, showing the body flecked with grains of sand, veiled in sheer fabric, caked with drying mud or exposed to cascading water.

In addition to producing memorable covers and spreads for Vogue, Vanity Fair, Interview and Rolling Stone, Ritts also created successful advertising campaigns for Calvin Klein, Chanel, Gianni Versace, Giorgio Armani and many others. Since 1988 he has directed numerous influential and award-winning music videos and commercials. His fine art photography has been the subject of exhibitions worldwide, with works residing in many significant public and private collections.

Ritts' celebrity work evokes the optimism and glamour of Southern California with intimate, yet playful shots such as the open mouth of Sandra Bernhard (1955), an American comedian, singer, actress and author. Many of these photographs were created independently; others arose from commercial assignments, chosen from the hundreds taken on a given shoot or made at his own initiative immediately after a job.