Warsaw-based photographer Marta Zgierska (1987) has always been interested in reflecting her fears in her photographic work. However, in 2013, while Zgierska was in the middle of creating a series, something unforeseen happened: fears became reality and she was involved in a car accident. After months of surgeries, physical limitations and the aggravation of her anxiety neurosis, she decided to finish her work. Apparently, the accident didn’t hinder her creative process, on the contrary: the resulting series, Post, received the Prix HSBC pour la Photographie this year. GUP talked with Zgierska about the way in which her work changed after the accident and how she managed to make such personal work recognizable for other people.

Fear and trauma studies are quite heavy topics. Where does your interest in them stem from?

I draw inspiration from my own experiences. Being in the middle of a problem sets your perspective. Because these subjects are so personal and close to me, they allow me to create something out of it. Simultaneously, I’m interested in researching theory based on trauma studies. Recently, the most important subject for me is the liminal experience.

Even after 20 years, I still feel as insecure as I did when I was a seven year old child.

Can you describe the process you went through while creating Post?

The idea for this series came to me a few years ago, when I found a feedback note from my primary school teacher, which was written when I was seven years old. The note is full of positive things about me. It describes how popular and talented I am. However, to me it never felt like this. And even after 20 years, I still feel as insecure as I did when I was a seven year old child. I have a very low self-esteem. After finding this note, I started to think about making a series about my anxieties and limitations. I wanted to put my fears into an aesthetic image. However, when I just finished some images, I had a car accident, which changed my life. I had a hard time, full of pain and surgeries. I continued my work. First, I took some images that were connected with my experiences just after the accident. I used real objects and artifacts from my life. For example, I photographed my coat with blood from the accident and a bowl of hair, which I lost because of pharmacological coma and medicine. I also built some installations, often using my body or my physical effort, and photographed them. 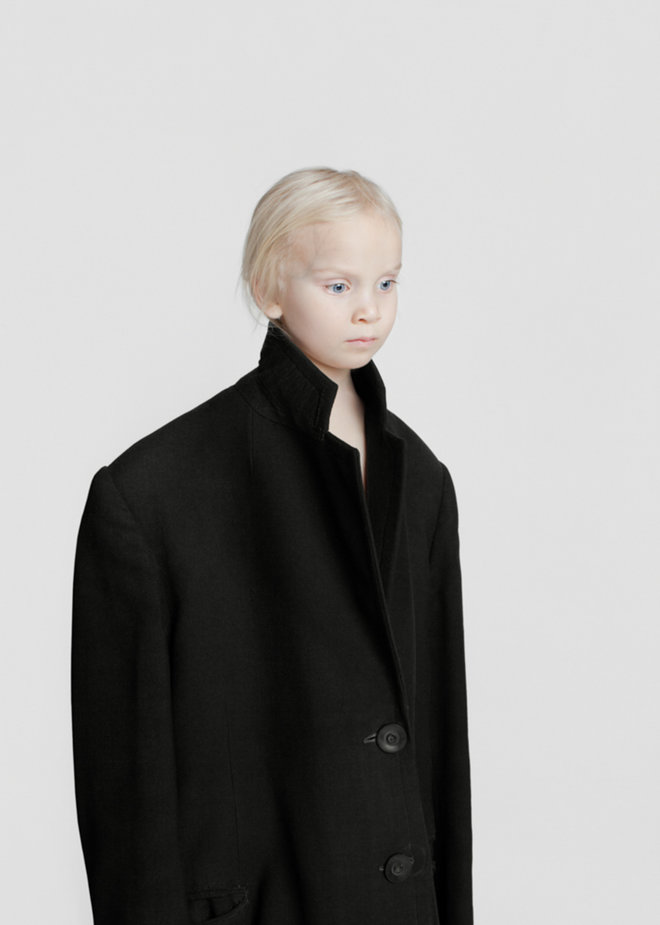 The images don’t reflect any internal chaos though, they’re very structured and quiet. Why did you choose to visualize Post in such a polished way?

One big struggle I have to deal with on a daily basis is my perfectionism. The aesthetic form of Post reflects my personality. There’s always something liminal which stops me when I would like to run, scream or be spontaneous in communication with others. That’s why the series is very polished and perfect. I chose the grey colour because this defines silence and death and refers to the accident. Moreover, there’s no movement visible in my images. There are lot of installations and sculptures visible, which reflect my cold and frozen state of being after the accident. 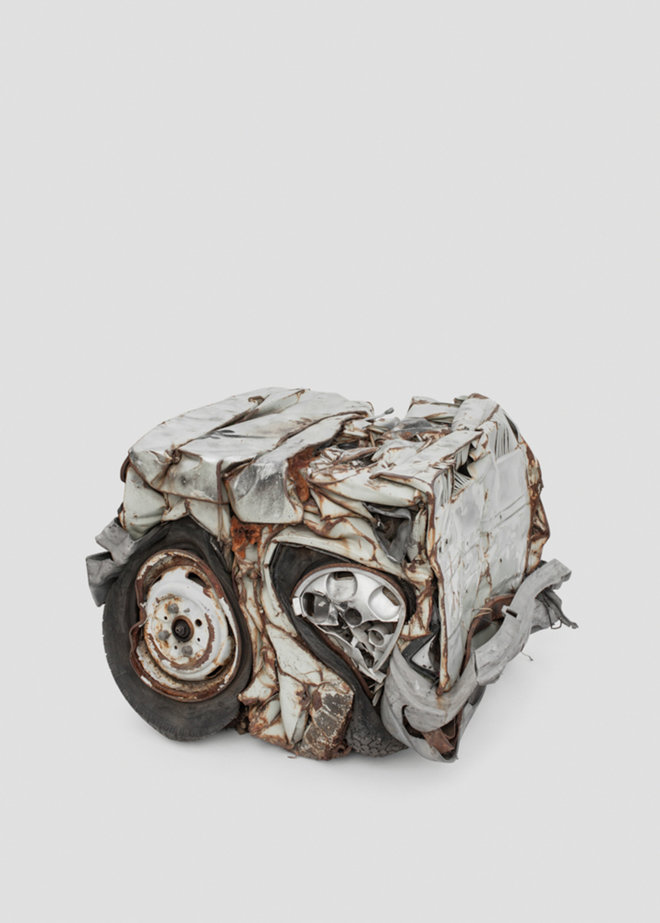 Your previous series were inspired more by general events, rather than your personal experience. Was that a different experience for you?

Post is indeed the most personal work I ever made. My earlier work is different. Before I started working on Post, I also made photos which reflected troubles regarding communication disorders and processes of withdrawal. However, Post is more personal because of the car accident and its consequences, which had a big influence on me.

My work became more physical and more connected with reality. Some images are actually quite harsh.

How is this change visible in your work?

My work became more physical and more connected with reality. Some images are actually quite harsh. Also, in Post itself, there’s a difference visible between the images I took before and after the accident. First, I just had the idea of framing my fears in a kind of aesthetic image, but after the accident, I had not only to deal with fears in my mind, but also with physical limitations and other problems, such as a break-up. This influenced my work and made my images more direct.

All the photos are influenced by the same subject: neurosis. It is one story. The car accident is only one moment in my life which represents some part of my mental condition. For example, there’s a photo with fallen teeth. I thought about making this image already before the accident happened, but I developed the picture after the accident. Between the surgeries, when I was in a very bad condition, I often talked about making an image with teeth. This is something I don’t remember, my family told me about this later. 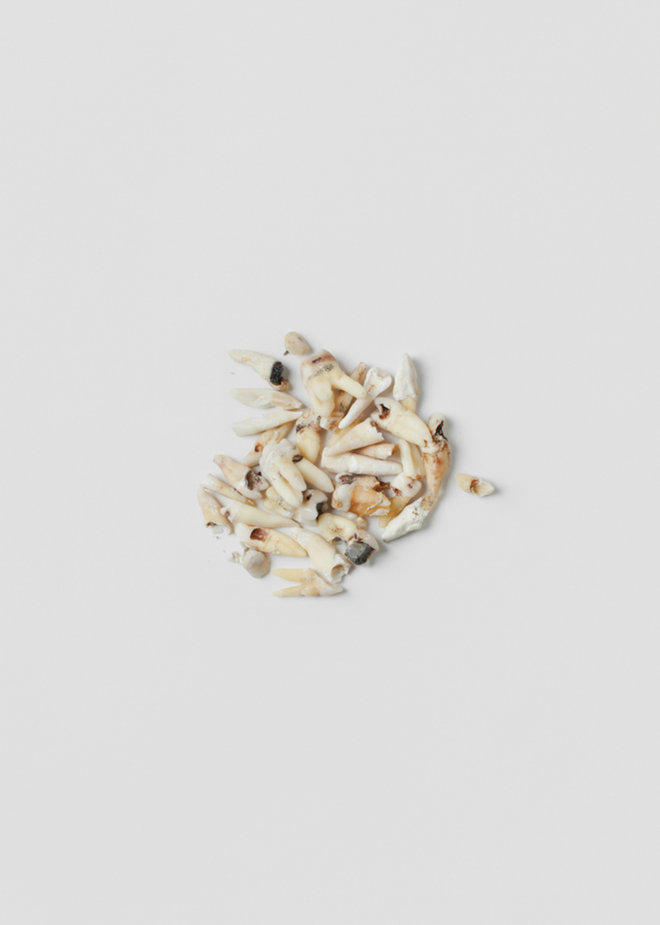 The accident changed my life and gave me the inspiration to finish the series in a profound way.

What do you think Post would have become if the accident had not happened? Would it look similar?

Honestly, I think I wouldn’t have finished the series if the accident hadn’t happened. One of my problems is that I find it hard to finish something which is related to myself, because I want to do it perfectly. The accident changed my life and gave me the inspiration to finish the series in a profound way.

So, that could be a kind of positive side effect from a terrible event?

Yes, you could say that the accident influenced my work in a positive way. However, this is just one side of the coin.

Does making your struggles visible help you to deal with them?

No, certainly not. Making images is not a kind of therapy. I just feel the urge to create art out of my problems. I don’t make my images only for myself, only about my problems. It's more a reflection of using photography to show the essence of traumatic memory. I hope that others can recognize their experiences in my images.

I find it so great that people discover something recognizable in my images, even when I don't explain them.

How do you hope to make other people recognize themselves?

After the accident, I started to think more and more about the connection between trauma studies and photography. I studied a lot of photographic stories based on trauma experiences and started to discover similarities between the structures of different stories. One interesting part of trauma studies that I researched a lot is ‘non-experience’. This is the moment when you experience so much heaviness that your body and mind can’t handle it. You experience a kind of block. But after some time, you still have to deal with the past, and this results in nightmares, anxieties or obsessions.

This non-experience is reflected in a lot of my images. The photo with the bowl of hair was the starting point to think about non-experience and its connection with photography. After making this picture, I found a similar image of hair on Facebook. When I saw the image, I felt exactly the same way as I did when I looked at my own image, so I wanted to know the author’s story. I found out that this person had similar experiences: a horrible car accident and hard treatment afterwards. This person is a visual artist too, so there must be some inner impulse to creative activity when such things happen. This was the moment at which I became very interested in common feelings and activities in people’s brains. People who look at my images can often relate to this non-experience as well, if they have dealt with similar situations. This is also why I don’t use captions and I don’t explain what every image is about. I find it so great that people discover something recognizable in my images, even when I don’t explain them. 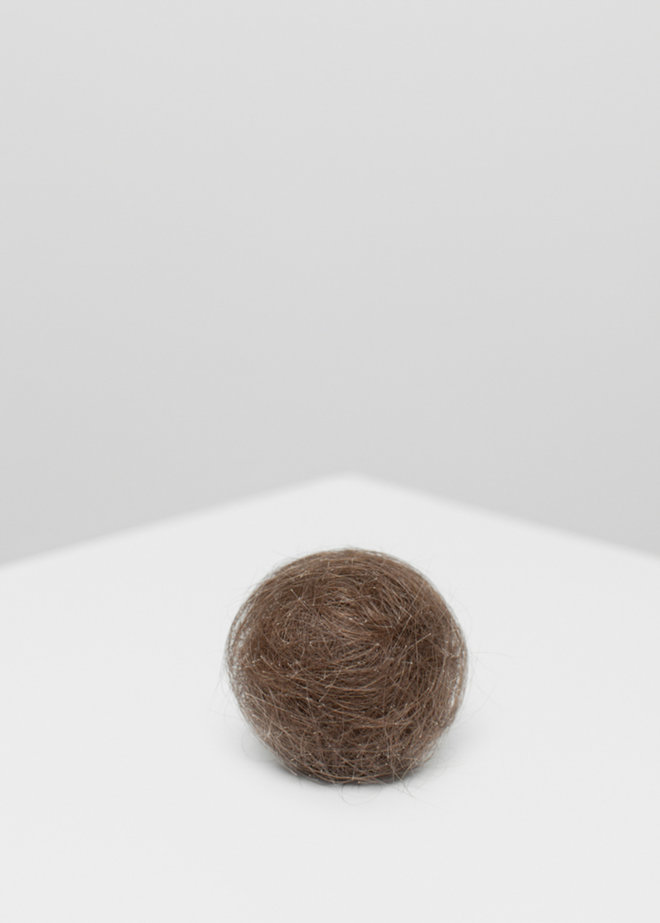 Why is it so satisfying?

I think this is the most direct experience of art. As a viewer, I’m also satisfied when I look at art and feel that it affects me. The other way round, it works the same.

Your work got a lot of positive attention. Does this help you to become more confident about yourself and your work?

The uncertainty is part of my personality. I prefer to accept it. I find it hard to advertise my work. However, I’m very happy that my work is appreciated! Now, many things are changing. All the opportunities I get now, like showing my work in galleries, working with great curators and confronting spectators with my work, are a solid base for my future activity.

The exhibition of Prix HSBC pour la Photographie 2016 will run until June 18th in Galerie Esther Woerdehoff in Paris.

Post is also published as a book by Actes Sud. The official book launch will take place in July, during Les Rencontres d’Arles.