Every Drowning Is A Fake 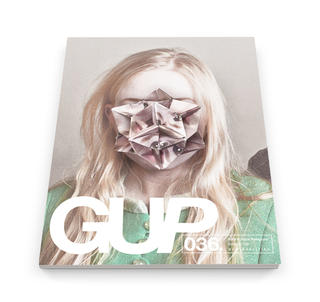 "Welcome to the desert of the Real." In a provocative essay on the shock of 9/11, the Slovenian philosopher/'think beast' Slavoj Žižek paraphrased this ironic greeting, used by Morpheus in the film The Matrix, to ask the following: is there a recognisable material reality that we all experience and see around us? Are we not dealing with the ultimate impossibility to try to draw a clear distinction between deceptive reality and some firm positive kernel of the Real?

When bringing this fundamental philosophical quandary to the realm of photography, if indeed we have to conclude that every positive bit of reality is 'a priori' suspicious, it must be said that there hasn't really been a moment in which claiming the recording of the 'real' was not problematic. For, as soon as Hippolyte Bayard photographed a staged scene of himself as a drowned man (Le Noyé, 1840), he introduced his audience to the need for a sceptical eye.

Besides Bayard's dramatic claim of contributing to the early development of a paper-based photographic process, he also initiated a tradition of photographers out to prove that, when capturing light, there are no restrictions. Despite the ensuing battle that has critically questioned the motives of manipulation and claimed value in a more truthful and 'straight' method of depiction, photography indeed has turned out to become a means of boundless experimentation.

Ever since Bayard, addressing the (distorted) range of aesthetic taste and investigating the range of photographic documentation, photographers of all sorts took advantage of what Jeff Wall, himself master in this field, eventually coined the 'liquid medium'; something that dilutes the real and provides an insidious distortion of our vision of it; something that has spread globally with an unprecedented centripetal force of 'digitization'.

Besides the choice involved in staging a scene, photographers strategically decide to make use of the camera and its ability to see in ways that humans cannot. Arriving from a long tradition in the arts (in a somewhat similar way as the pre-modern painters, to paraphrase Wall again), they trust that all their planning will lead to something fresh, mobile, light, and fascinating.

Today, however, thanks to the sheer possibilities that come with digital technology, the use of photography has democratised the means to create new perspectives. Reforming and constructing the previously unimaginable with the support of advanced technology, both in cameras and in post-production software, is no longer the exclusive realm of specialized artists. But can we, the people, still recognize our own inventions as interventions?

With the medium now in its third century, an age of photography being a powerful instigator in both obvious and subtle ways, our social sphere is saturated by images - even though we don't quite understand how this happened and what it has done to our lives. This is now common knowledge, but let's remind ourselves of one of the more subtle ways:

In his book After Photography, Fred Ritchin - expert in the field of what comes next in, or maybe even after, photography - recalls this phrase by media guru Marshall McLuhan: fish do not know that the water is wet because they have no experience of dry. Surrounded by an 'ocean of the real' without a reflecting surface this may be our ultimate ecological truth: in our self-invented, ever expanding image-Pacific, holding Bayard's 'staged' photograph as one of its first drops, every drowning is a fake experience.