Four decades of Czech photography are on display at the Museum of Photographic Arts in California, highlighting work from artists such as Josef Sudek, Jaroslav Rössler, Emila Medková and Vilém Reichmann. Covering the 1930s to 1960s, the period is representative of both political as well as artistic developments. We spoke with MOPA’s assistant curator Chantel Paul about history in photographs, experimentation and the importance of working with photographic collectives.

What is it about this time and place in particular – the former Czechoslovakia during the 1930s to 1960s – that makes the photography so interesting?

There are many aspects of this time period of photography in Czechoslovakia that make it interesting and an area of scholarship unto itself. The political and social climate through each of those four decades varied greatly from democracy to Czechoslovakia's experience during WWII to the rise of the Soviet Union. These political and social changes also affected the output of artists and the work they were creating.

Overall, there have been very few exhibitions in the West and the United States focusing on just Czech photography, and there have not been major retrospectives of the genre that go beyond the 1940s in the States.  Having the opportunity to work with the collection of Jerry D. and Mary K. Gardner, there was a heavy representation of work up through the 1960s that was very interesting and we wanted to share that.

What were the main developments in photographic imagery over that time period of forty years, specifically in Czechoslovakia but also in general?

In terms of developments, there is definitely a correlation between the political state of Czechoslovakia and what artists were producing. After the First World War through 1938, the country was democratic. Creativity flourished and all artists experimented. The photographer Jaroslav Rössler is considered to have created the first Constructivist-style photograph in Europe in 1919. This time of freedom set the stage for the decades that would follow.

From the 1930s – 60s, we are seeing both kinds of developments – approaches that are unique to Czech photography and crossover/influence from other countries. For example, there was a heavy influence from France. In many of the images, you can see a lot of techniques like solarisation and the abstract approach of Surrealism, inspired by artists such as Man Ray. In fact, Rössler moved to France to experiment with the art form in the 1920s and stayed for more than a decade. There was such an overwhelming representation of the Surrealism, that scholar Antonín Dufek stated, “It was through photography that Czech art made its most substantial contribution to Surrealism”.

Additionally, throughout all four of these decades, Czech photographers consistently experimented with nude figure. So much so, that it has become the single subject of publications that explore “the nude in Czech photography”. Over these forty years, their approach to the nude directly echoes the political and social changes of the nation. 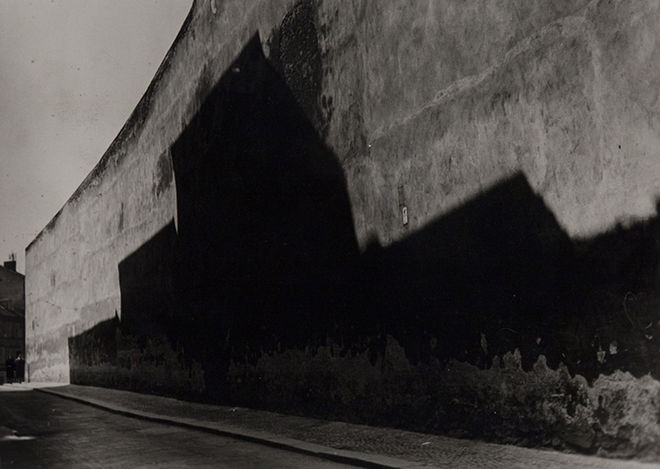 Can you tell us something more about the flourishing creativity – how did these experiments take shape?

In putting this show together, it became evident that there were a multitude of approaches ranging from Surrealism to Magic Realism to Poetism and New Objectivity, some of which were more widespread throughout the medium and some that were more specific to Czech photography.

In terms of approaches that were very prevalent or specific to Czech photography, both Poetism and Magic Realism can be seen in a large number of images from the 1930s – 60s, as well as represented in the show itself. After the First World War, Poetism originated with the first artist collective in Czechoslovakia formed in 1920, the Devětsil Association of Artists. It contributed to the avant-garde in Czech Photography and was an approach that often combined written words with images, inspired by many art forms such as jazz, literature, and film. Additionally, Magic Realism, known for being used in film and writing, was a dominant style in Czech photography. Artists saw the approach as a way to infuse their work with individual observations and opinions about social and political ideas post-WWII into the 1960s. Emila Medková is one of the most well known photographers who embraced this approach often. In her photographs of everyday scenes, her use of perspective and composition create narratives that connect to deeper ideas about her individual ideas.

What about the title ‘Collective Restraint’? Can you tell us what is the restraint being demonstrated?

In preparing for Collective Restraint, I realized I would be delving into an area of specific scholarship on its own. As I created the checklist and began the research, I noticed there were certain aesthetics that seemed to dominate certain decades. What I learned was that, much like in the United States in the early half of the 20th century, many artists were close friends and there was cross-pollination of ideas and approaches. However, unlike the U.S. and the creation of a handful of formal groups, like Group f64, Czech photographers formed over a dozen photography collectives of like-minded individuals who all practiced a similar style of photography. In 1920, when the first official artist collective was created that I mentioned, the Devětsil Association of Artists, together the group aimed to unify artists of all disciplines in creating work during a time of freedom and political democracy. Part of the opening of their official statement reads, “To achieve something requires a group of people united by a new idea.”

The creation of these collectives remains one of the most unique aspects to Czech photography. They embraced the opportunity to commune about their work and the creative process. At times during World War II and the Soviet Union’s rise to power, these collectives were monitored and in some cases sanctioned by the state. Artists aware of the censorship being placed on them would have their collectives meet at undisclosed locations and times so they could continue to create freely. The photographers were keenly aware of what types of subject matter represented in images would call attention or create negative reception of their work by the state. This made approaches like Surrealism, Magic Realism, and abstraction optimal choices. It allowed the freedom to capture everyday scenarios or experiment with form to have layers to convey controversial ideas and commentary that remained veiled. 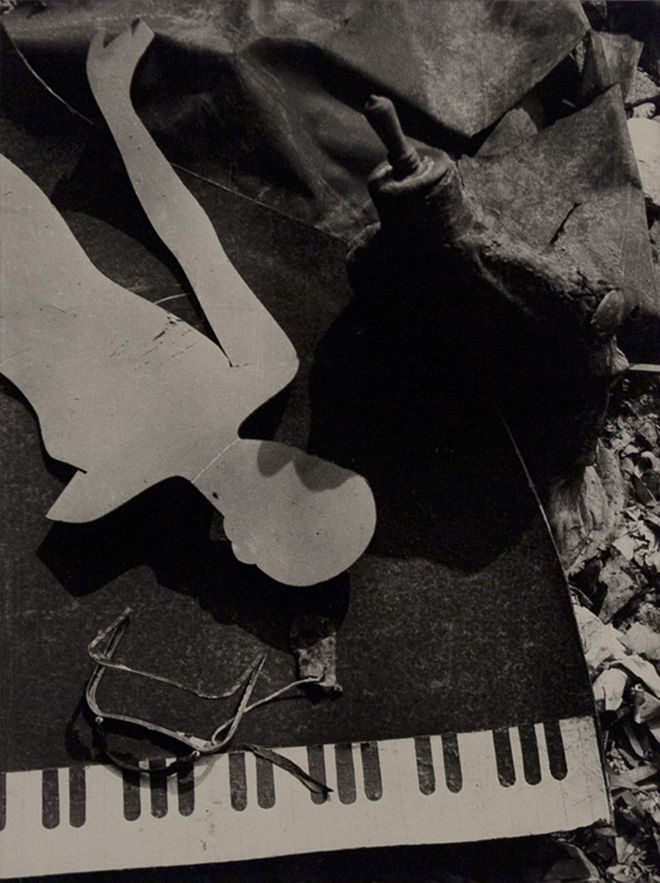 Were the photographers included in the exhibition members of these collectives, or is that an unknown factor, given some of the secrecy involved?

Many of the photographers in the exhibitions were known members of photography collectives, which was also an inspiration for the title 'Collective Restraint'. It was very interesting to see the parallels between works done by artists who were part of the same group, and learning through research who had opposing ideas about photography and may have been in a different collective at the same time. There was quite a bit of overlap between the life spans of the photography groups.

As I already mentioned, Joseph Rössler was the only photographer member of the first collective, the Devětsil Association of Artists. The group was comprised of all types of artists as well as filmmakers and writers.

Josef Bartuška was part of The Fotolinie Group, active between 1933 and 1939, that was comprised of emerging artists of that time and an offshoot of the Linie Group that was founded in 1931. Their images often focused on the conceptual ideas and thought process leading up to taking a photograph. They were inspired by the Devětsil Association of Artists’ focus on the imagination.

Emila Medková was a member of the Surrealist Group, which was founded in Prague in 1934 and was an offshoot of the Devětsil Association of Artists and Poetism movement. Under the Nazi Party’s control during World War II, surrealism was labeled “degenerative art” and banned by the government. The group was closely watched, so they met secretly and produced underground publications. After World War II, Communist rule under the Soviet Union was also unable to stop the creation of surrealist work because it was so prevalent and adaptable.

A third group whose members are prevalent in the exhibition is the Skupina, or Skupina Ra (which translates to Group or Group Ra). Established in 1942, Miroslav Hák, Vilém Reichmann, and Miloš Koreček were part of this collective, which was comprised of a younger generation of photographers. They were fascinated by technology, the city and routine life. Skupina / Skupina Ra advocated “civilism,” or the return to what surrounds us, as the ultimate goal of art. They were inspired by the Anglo-American literary tradition, especially the “modern myths” of writers like T.S. Eliot and James Joyce. They were also influenced by cubism, futurism, constructivism and surrealism. 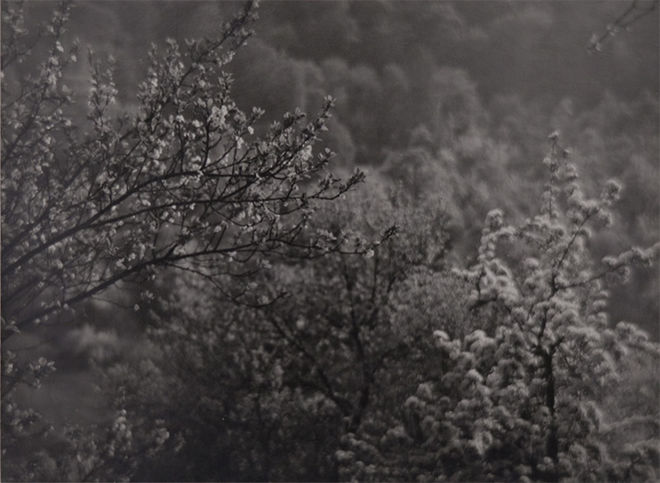 Joseph Sudek is a well-established name in the canon of photography, but some others on display are less so, on a global scale. Can you tell us a bit about these other artists, but also more importantly, how their work talks to the work of each other?

In total, there are 23 artists represented in the exhibition. The most incredible aspect about Czech photography is that there are still artists being identified today who made substantial contributions during this time. As for some of the others, while lesser known in the West or outside scholarship on this genre, they have still been identified as making very important contributions to Czech photography.

As I mentioned earlier, Jaroslav Rössler is thought to have created the first Contructivist-style image in Europe in 1919, and the only photographer to become part of the Devětsil Association of Artists. He was very much inspired by Man Ray and experimented with techniques like photomontage and collage. Rössler’s use of photography as a forum for creative expression made him one of the most forward-thinking photographers of his time.

Vilém Reichmann employed the approach of Surrealism throughout his career and was the youngest member of the Brno Czech-German artistic avant-garde. He addressed ideas of anti-war through his series The Wounded City, 1945 – 1950, which remains a highlight in the scope of his career.

Emila Medková was very well known as a Surrealist and was the primary artist for this approach after 1945. She began photographing in the late 1940s, inspired by Surrealist painting, her work was layered with metaphor. Medková employed the style of Magic Realism to a majority of her work, which often focused on the urban environment.

All the images that you’ve got on display are in black and white, right? It’s something of an interesting phenomenon of the region that black and white photography persisted as a dominant medium for much longer than it did it other parts of the world – can you give us an idea of why this might be?

Yes, you are correct that the images in the exhibition are all black and white. There are over 40 works from 23 different photographers represented in Collective Restraint. I cannot say exactly why this is the case for these decades. I suspect that materials were not as free flowing as in other parts of the world, like the West. Even in the United States in the 1960s, colour photography was in its early stages, especially in terms of acceptance in the fine art arena.

Overall, my research was much more focused on the meaning of the work and the multitude of approaches employed by the artists. What I do find interesting is how intimate in size the majority of the images in the exhibition are; they range from medium format contact prints to 8 x 10 inches. There are but a handful as large as 16 x 20 inches. This more modest sized object requires viewers to investigate closely to parse out the details and nuances that create the narrative in many of the works.

Collective Restraint: Four Decades of Czech Photography is on display at the Museum of Photographic Arts until February 8, 2015. 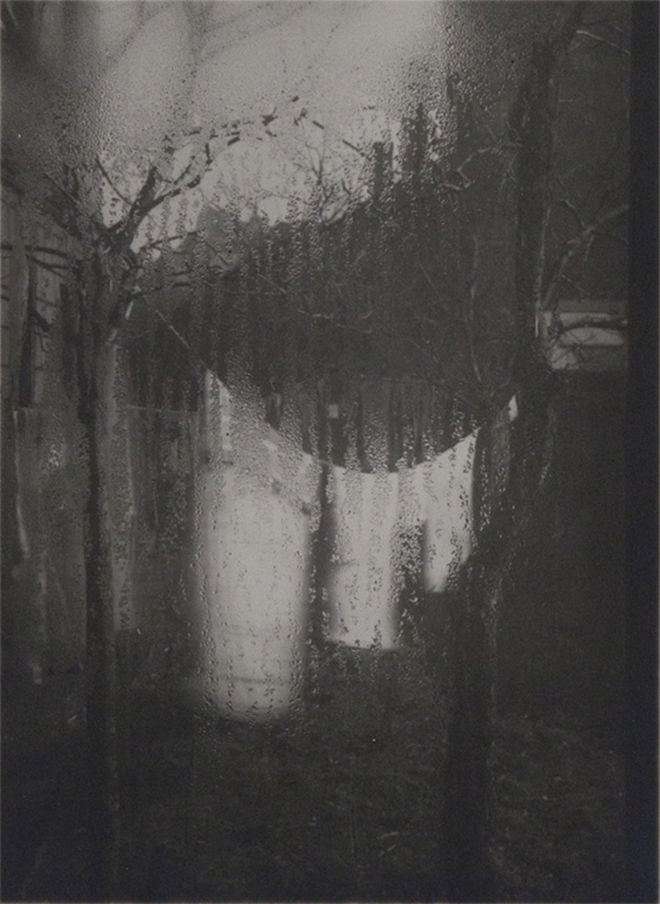