Bridging Art and Advertising: An Interview with Pawel Fabjanski

Warsaw-based successful commercial photographer Pawel Fabjanski (1980) works for a a variety of clients, varying from magazines and brands to musicians and fashion designers. Besides making work for clients, Fabjanski created some award-winning personal work as well. All his projects, whether personal or commissioned, show a recognizable visual signature. In his most recent work, inPoint, which was produced as part of his PhD in photography at the Polish National Film School in Lodz, where he lectures as well, Fabjanski reflects his thoughts on the thin line that bridges art and commerce. GUP wanted to talk with Fabjanski about the way in which he is able to implement his personal visual style into projects for clients, the overlaps and differences between commercial and personal work, and his definition of ‘art’.

What attracted you to the medium of photography?

When I was a teenager, I was a skater and I was always documenting my friends with my camera. After doing this for several years, I became aware of the fact that I had not only a fascination for skating, but also for the medium of photography. I decided to apply for the photography department of the film school in Lodz. I soon stopped making images of my skating friends, but concentrated on the tasks which were assigned at school and experimented with a lot of different genres, such as portrait photography, fashion photography and documentary photography. After spending some time at the film school, I was able to discover which genre fitted me the best.

And which genre was that?

I quickly realised that I’m not interested in capturing reality. Although I started by capturing my skating friends, I soon realized documentary photography is not my cup of tea. I’m too shy to go out on the street and make photos of strangers. I’m always afraid to make images of people without their permission. So I started making images and building sets in a studio. I don’t know exactly how to define the genre I’m working in at the moment. It’s based on concepts and it’s always staged. Sometimes I use people in my shots. There was a moment in my career at which I thought photos without people were somehow boring or less attractive, but at the moment I’m making a lot of series with objects and sculptures. So, people are not my main focus anymore. I also think it’s interesting to concentrate on the relationship between people and the space they’re inhabiting. 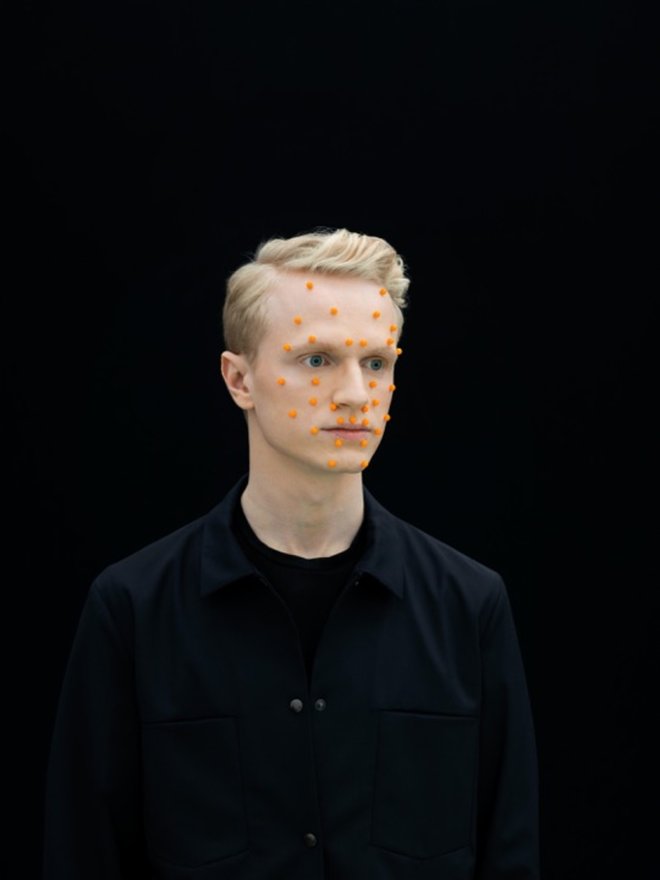 I think, also as a commercial photographer, it's pretty important to have a signature aesthetic.

When I look at your work, I discover one visual style. Every project, whether it’s personal, made for a magazine, a fashion brand or musicians, has a recognizable aesthetic. It’s very clean, surreal and also a little bit futuristic. How did you get to this aesthetic?

I think I developed it unconsciously. It just happened to be like this. I’m really happy that you discover this visual style, because I think, also as a commercial photographer, it’s pretty important to have a signature aesthetic.

I'm sometimes even more capable to execute the things I have in my mind in a commissioned project, because there's often more money to spend than the money I can afford for a personal project.

How are you able to implement your personal visual style into commissioned projects? Don’t they limit your creative freedom in some way?


Fortunately enough, in many cases, the clients are approaching me because of my personal style. Most of the time, they’re telling me that they need images similar to what I did before. They like my style and that’s why they propose that I make something suitable for them. When you look at it this way, you could say that also with commissioned projects, I have a lot of freedom, because I’m creating visuals my own way. Besides that, I’m sometimes even more capable to execute the things I have in my mind in a commissioned project, because there’s often more money to spend than the money I can afford for a personal project.

What do you prefer to make, work for a client or personal work?

Both have their advantages and disadvantages. When I’m creating work for a client, I get an assignment and have to stick to some restrictions. When I, for example, work for a fashion brand, I have to show the product and have to stick to the brand's vision. However, 100 per cent restriction is not possible. It never happens that somebody approaches me and tells me exactly what to do. Even the worst client is asking for my opinion. On the other hand, 100 per cent freedom is not possible either. Making personal work has limitations, as well. Even if you’re creating personal work for a gallery, you’re somehow influenced by the audience. Most artists are not creating something out of the blue, without being influenced by some factors. As an artist, you can try to escape from all the restrictions, but then you’re becoming a person on an island, just alone. If you want to create art which is meant for an audience, you have to go for some compromises. You have to think about certain clients who might be interested in your work and you have to think about a strategy, as well. For me, it’s the most important thing to find the right balance between these two extremes: in the middle between restriction and freedom. 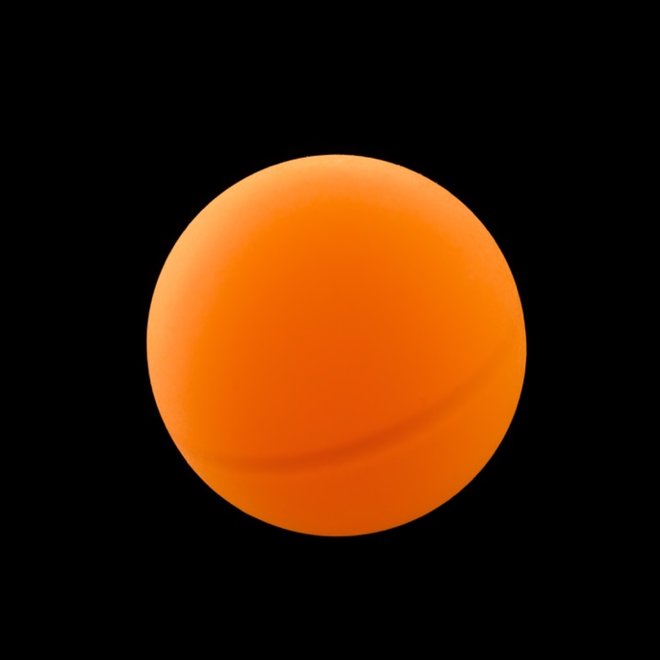 Can you tell us something more about the process you go through while creating a series, from the initial idea until the final results?

First, I’ll explain the process of making commercial work. When I’m creating a concept for a shooting, I first listen to the client and talk about the emotions and feelings the work has to arise. Then I do a lot of research, start to sketch and create a concept. I present my sketches to the client and if they agree, we start looking for locations and try to match a certain place with the right feeling. Then I start to collaborate with among others set designers and start photographing. In the case of my artistic work, the start of the process is different. There’s not a specific planning I have to stick to. In most cases, I get some ideas, which arise from random situations. I always note these ideas and wait to see if I still like the idea after some time. After two or three months, I make the decision whether it’s a good idea or not and if the idea passed the test, I proceed with the process the same as with commercial work.

With my work, I want to make people aware of the fact that everybody is trying to sell things, even art could be doing it.

Could you tell us more about your most recent personal work, inPoint?

inPoint is a photo series which I developed for my PhD degree. Before creating the series, I decided to try to think about the relationship between art and commerce, which has already fascinated me for a long time. The work was exhibited in a gallery (and will be again in Krakow this October) and my goal was to play with the audience. Before people entered the gallery, they expected to see really personal work. That’s what people expect from an artist. However, I wanted to play with the audience by making an orange ping pong ball reappear in all of my images. A ping pong ball is a super ordinary consumer product. I wanted to take something from the commercial world, a cheap consumer good, and create art out of it. I decided to show this object as the main object in all of my images and kind of advertise the object. The final image of the series is a semi-kitsch image which shows a gradient sky. It has a real advertising aesthetic. The first few images of the series are dark, but in the end the viewer approaches a kind of light utopia.

Hopefully, this last image triggers people to think about the series and to realise that the work they’ve been looking at is not very personal, but has more in common with advertising. With my work, I want to make people aware of the fact that everybody is trying to sell things, even art could be doing it. Even art is trying to advertise something. 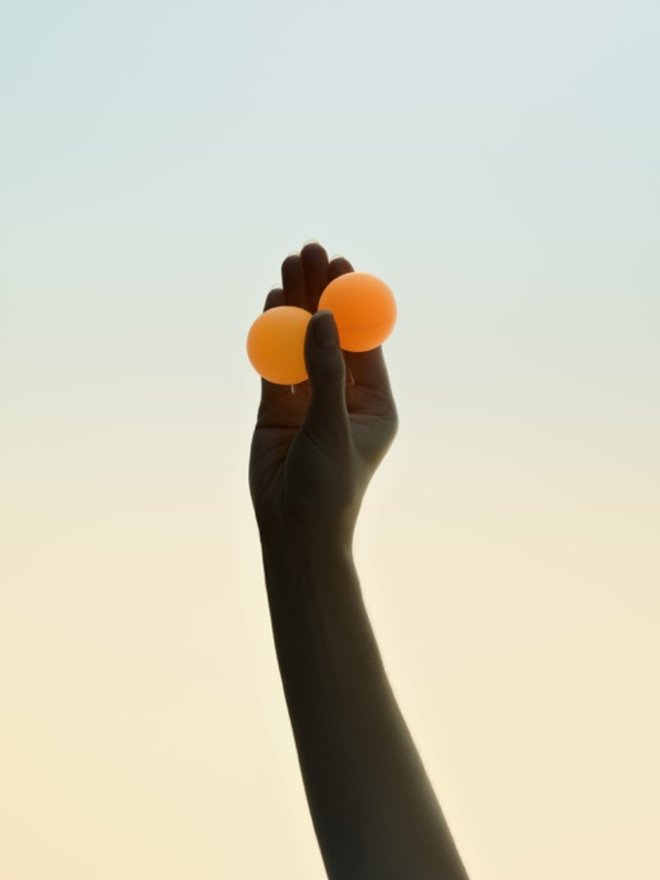 Even personal work becomes less art when there's a strategy behind it.

What is art then, according to you?

I think that pure art is 100 per cent free of any strategies or restrictions. This kind of art purely derives from the soul of an artist and is not influenced by anything. However, it’s almost impossible to obtain this. Advertising could have some elements of art. Some of my work tends to be art, some doesn’t. Even personal work becomes less art when there’s a strategy behind it. Most of the time, a part of this strategy is already established by a gallery. I’m a little bit afraid of galleries, because there are always restrictions attached about what you’re going to say with your work.

Where do you think your work would fit better – for example, on a billboard or in a gallery?

I think my work would fit better on a billboard than in a gallery. I don’t know if I would literally choose a billboard to show my work, but I see it as a metaphor for a more open space. I was already thinking about exhibiting my work in another place than a gallery, but I haven’t figure out yet what kind of space this should be.