An Interview with Phyllis Galembo 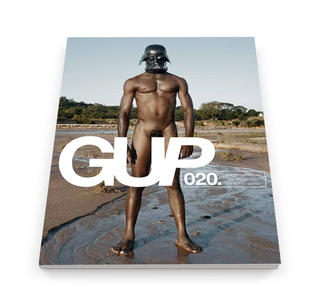 Masquerade, a Decade depicts rituals which are part of religions with African roots and are all connected.

Phyllis, where does you fascination for these so-called syncretic religions come from?
In the past I did a lot of work on traditional religions in Nigeria, Haiti and Brazil. The connections became clear to me then, and made me think about where I wanted to work next. I went back to Nigeria and after having photographed priests and priestesses there I focused on masquerade dancers in Benin, Voodoun and Jacmel Carnival in Haiti and a lot of other colourful, energetic places.

So are the photographs purely aesthetic?
Well, I do focus on the artistic and aesthetic side first, but I’m also very interested in the story behind the colourful costumes. Colour is a large part of the costume and the ritual. Elements like colour, light and the right background strengthen the photo and the narrative.

Are these elements always present or is there also some degree of staging or styling and to what extent?
It’s only staged in that I have to get the local’s permission to pose first. Then I have my portable studio, which makes it possible to bring the colours to light this much. So I only use my materials for technical reasons, it’s not staged: I set the stage and that’s it.

And after that?
Then I just photograph them where I find them. Most of the time they are outside the rituals but sometimes I catch them in the heat of the moment. In that case you get the most outstanding backgrounds. It’s hard though, because often these ceremonies are quite private.

Is this a continuous project or are there other projects on the horizon?
These are all little projects within a big project where they can be separated out, but I’m not there yet. The rituals always alter. I’ve photographed in one village for over ten years and there’s always something different.

It’s pretty amazing to see what happens over a period of time. It reflects a little bit of the politics in a certain period too. Besides, I have come across other interesting places, like Burkina Faso and Congo, but I’m trying to focus on finishing this now. You never know what the next obsession will be.