An Experience of Wonder

Never having visited the Americas, I was curious to discover the thoughts behind Richard Rothman's bundle of work ‘Redwood Saw’: a monumental portrayal of northern California. Rothman told me he thinks artists need to cultivate and trust in their experience of wonder. He prefers to begin there rather than with whatever the perceived required dialogue of the moment might be in the art world.

How did Redwood Saw come about?
I’d never photographed nature on it’s own terms, without the built environment being a part of the story; all the work I’d been doing for many years had been socially critical work. I asked myself what it might be like to make a celebratory body of work for a change. I’d been to the redwoods, and, like many people, I was overwhelmed by the beauty and scale of the forest. So I decided to pitch a tent and photograph there, and it was exactly the right place for me to be at that moment. It was on my second trip that my old critical instincts began to re-emerge, and I realized that including the small town of Crescent City, which is adjacent to the forest where I was shooting, was the better story. I began to photograph the architecture of the town. And after that I realized that I wanted to extend my project to portraiture, and after that, nudes, and after that, the ocean. So the whole thing unfolded very organically.

In a previous interview, a lot of literature is mentioned including books by Kafka. Does literature evoke ideas and stimulate to create? In what way?
Literature is a huge influence for me. One of the challenges of Redwood Saw was to make a much more narrative body of work than I had previously. For a long time I’d harboured the ambition of creating a big book about America in the form of a photographic novel. The novel is such a rich form, and it’s lasted because it’s so well suited to dealing with the urgent questions of consciousness and existence that I’ve always wanted my work to engage. Saul Bellow once wrote, ”Americans are panting for meaning.” And there are so many possibilities within the form, so many rich and new ways to play with it. Our need for stories is hard-wired, just as our need to ask age-old questions in the context of changing circumstances is not going to go away.

Do you think in literature and translate it to imagery?
Not exactly. One of the things that I appreciate about photography is how reactive it can be. You show up with your own agenda, your thoughts and feelings about the world, and you react to what you’re looking at. Sometimes you’re looking for a beautiful example of something you already know, and sometimes you stumble on something that feels like a discovery. It’s a beautiful kind of call-and-response that can be very fluid, but also very challenging. The focus is on trying to build a body of images that can be a vessel for the complexity of experience and awareness that one is trying to cultivate. The difficulty is to do it in a way that has a logic and emotional resonance that can be felt and communicated.

Do you think California has an interesting story to tell? What particular aspect pulled you the most?
California represents the end of the Western frontier, so it carries a particular valence in regard to American history. Then there is the particular light of the place, and spectacular geography. But, perhaps most importantly, there are still some remnants of wildness and scale that have been preserved which, when juxtaposed with what we’ve replaced it with, tell an important story. What really made me want to focus on the town of Crescent City, in addition to those reasons, is the fact that the town has an economic history that I think is emblematic of a lot of what is so troubling about the rest of the country, and, indeed, the world. Crescent City is a place that’s swung between the boom-and-bust cycles of successive extraction industries: mining, timber, and fishing. So I saw the town of Crescent City, which was small enough for me to really explore carefully, as a metaphor for the rest of the culture.  That is one of photography’s potential powers: to engage with the tangible and specific aspects of certain facts and things, while simultaneously transcending the particulars to reflect on larger aspects of human existence.

What was the most impressive part of your journey through California?
Well, the geography, as I mentioned, and the whole grand display of five billion years of evolution as it’s played out there, and the magnificent complexity of life, which I tried to allude to in Redwood Saw. The marvellous sense of scale that you can experience in a redwood forest, or along the coast of the Pacific on a star-filled night, and the way that scale readjusts and invigorates the imagination. And then the whole conundrum of where we fit into it. 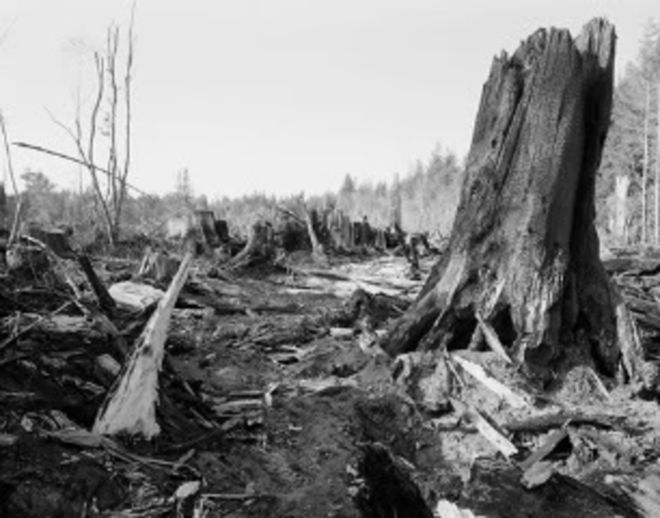 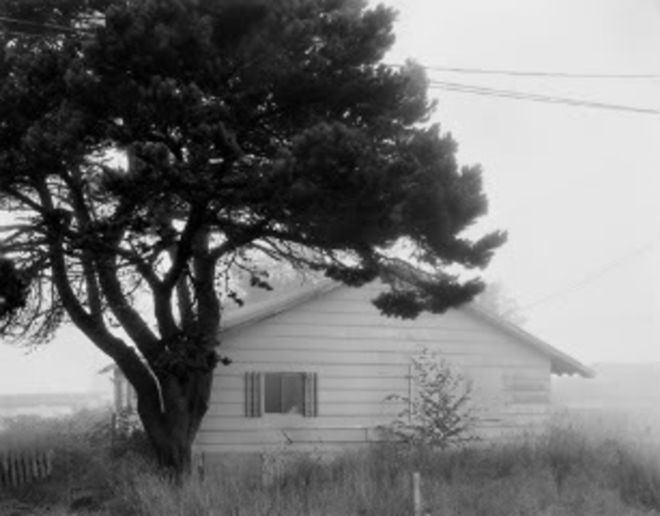 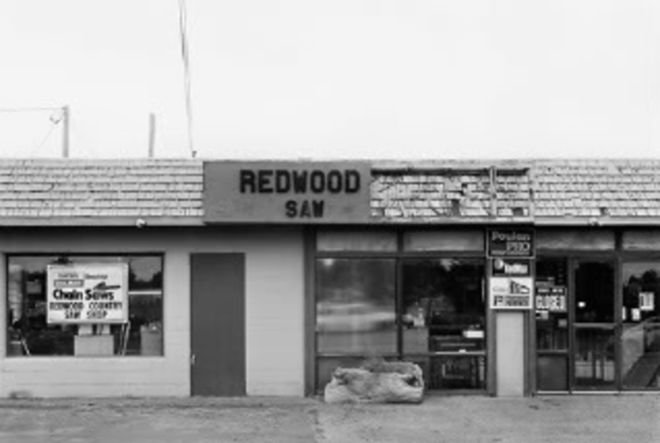 Written by May Putman Cramer