Alternatives: An Interview with Matthew Swarts 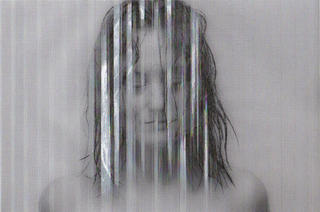 Following a break-up, American photographer Matthew Swarts (1970, USA) began to process his feelings of loss by processing photographs of his former partner, resulting in the series Beth. Later, after he entered a new relationship, the work evolved into a second series, The Alternatives, in which Swarts processed images of his new partner, layering the images with optical illusion patterns for an increasingly distorted view of the original image. We featured a selection of images from these two series in GUP#45, the Evolution issue, and wanted to speak further with him about the motivation behind the work. In this interview, Swarts speaks with us about transforming emotion into concept, the way photography triggers emotions and memories and what it means for our increasing archives of image data.

I have always looked back at my images with the hope that projects will somehow announce themselves, and sometimes it happens. For about ten years I have been experimenting (publicly in museums and galleries) with ways to combine images with the computer. The Beth work evolved out of wanting to make visual sense out of the feelings of transition and loss that accompanied the ending of a relationship. Yes, the making of the work was therapeutic, but it was also pretty ‘normal’ considering I am always experimenting with images. Perhaps I didn’t anticipate how interesting they would be to other people, but I think about these projects as being analogous to a songwriter who might release an album of love songs. Not a real big deal if you’re used to thinking in pictures.

Well, you’re tapping into a pretty universal theme of break-ups, so from that perspective, it seems pretty understandable that they’re reacting to what you’ve done! But you mentioned that people have tended to see in the series an attempt to ‘erase’ your former partner in your images – the likes of which was romanticized in the movie Eternal Sunshine of the Spotless Mind – and you’ve said that this isn’t what your work is about. How should we instead see the mutated, covered up, removed women in your photographs?

You should see what you want and need to see out of it, really! That’s the simple hope. It should be a box you can move around in. They’re just pictures, and I consider them, under an ever so mutable definition, to be photography. But you are right: the making of the work was not about erasure or deletion from my life of anybody. Nor was it about covering anything up. To me the images are more about memorializing how perception changes over time and shifts in context. It’s simply a different set of strategies for processing photographic information, and a personal one.

I don’t mean to dismiss the idea of sentimentality and emotion in the work, but I don’t focus on it when I look at and evaluate the end results.

You make it sound like a distinctly un-emotional process actually, which is interesting given the personal relationship between you and the people in the images. What do you think are the benefits of transforming emotion into concept? 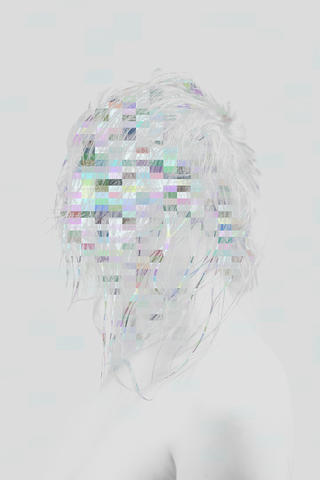 I don’t mean to dismiss the idea of sentimentality and emotion in the work, but I don’t focus on it when I look at and evaluate the end results. What I am drawn to are the optical qualities of the prints, their visual magnetism, and how they do (or don’t) hold my eye and attention from both far away and micro-close. By exorcising some of my feelings about loss and the disintegration of a relationship during the making of these prints, I may have avoided ‘doing time’ with purely internal emotional processes, at least it feels that way. Out of the loss, I made something new and useful to me, exhibited it, communicated with other people, and found inspiration to make new work.That’s a net benefit in my book.

In what way was experimenting with these images from your personal archive different than working with other types of images?

It’s true that personal images usually have more emotional charge for me, but the process of creating the digital screens that cover the base image is pretty much the same regardless of where the source image comes from: I weave together disparate found internet artefacts in Photoshop. It’s also true that the images from these projects deal with relationships and intersect my life in ways that make me feel more vulnerable than when I’m working with images from other sources, or other subject matter. If anything, I did not anticipate how interesting they would be to other people, both in positive and very affirming ways and also some negative ways.Inside the photography and fine art community the work has been received kindly and warmly. When attention built around it and it was published on more popular media sites, I must say I was amused at the particular field day it seemed to provide all the usual kinds of internet trolls.

Are there some images that are too emotionally laden to work with, no matter what you do with it?

I don’t think photography has ever effectively limited the triggering of emotion and memory, and I certainly play with this in my work as much as anyone. But yes, there are always images I don’t consider viable for my artwork because they are too personal.

The second project, The Alternatives, involves you reworking images of your current partner. How did you find that your feelings evolved about both of these subjects, your former partner and your current partner, as you continued your processing work?

While I have very powerful but distinct feelings about the subjects in each body of work, my hope is that their unrecognizability in most cases provides windows for people to imagine someone perhaps unique to their own lives. It’s not so much that my feelings evolved through the projects as much as that I found ways to make prior feelings visible with the work. My personal feelings in this case also led me to be fascinated in a more general way by this archive of image data that we as photographers are constantly amassing. 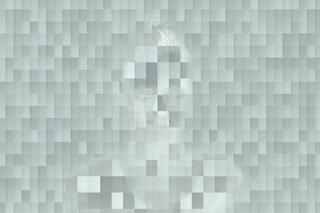 Did you draw any conclusions yourself about the archive of image data that you’ve amassed?

I didn’t so much as have a great epiphany so much as I found myself in a state of wonder about the photos we all have in our pocket right now. Or rather, the electronic universe (and apparently the NSA) has all our photos in its pocket, and it’s pretty astounding.

The aesthetics of The Alternatives grew dramatically more geometric, abstract, sometimes even unidentifiable. How did your working process evolve over time? Are the processes tied to certain emotional reactions to the people portrayed in your images? 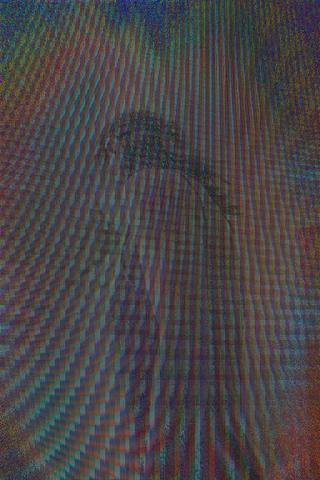 The images from each project appear distinct because of the imagery used to create the patterning that obscures the base image or portrait. With ‘The Alternatives’ (the newer work) I literally set out to create optical and perceptual alternatives to simply digesting each piece as a singular image. I used children’s drawings of optical illusions, and optical test patterns for lenses, to create screens that sit over my photographs. While it’s true that ‘something’ translates in the internet versions of my images, I’m really concerned with making physical objects (prints). Over time I’ve learned how to create digital prints with the computer that are to me as dense and compelling as photographic contact prints. The process is all about giving the eye and the mind many multivalent possibilities to bite into, and not any one singular or fixed meaning.

Not even a singular or fixed meaning for yourself?

I hope not, that would be boring to me. Art holds the keys to my heart because it leaves so much unanswered and mysteriously withheld.In general I hate when everything gets condensed into arguments about a specific meaning.Meaning in general is pretty suspect. Most of the time it’s just projection, and everyone has a ridiculously weighted agenda bending what they see.

Tell me about your motivation to layer your images specifically with optical illusions and test patterns – it seems like far too symbolic a choice to be simply about an abstraction layer to give multiple points of entry.

You’re right, it was a conscious decision to find a visual form for the uncertainty that accompanies the questions around a new relationship. Is what I am seeing real or an illusion? Am I falling into some patterned behaviour that has its roots in early childhood and my family? Who is this person and why do they have such a powerful draw on my heart and mind? What’s this image I am drawn to so powerfully, and why? 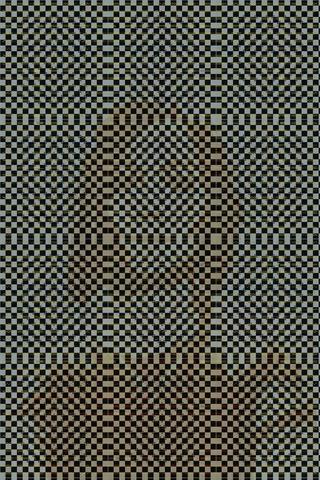 Images from the two series Beth and The Alternatives were featured in a portfolio in GUP#45, the Evolution issue. See more in our online portfolio.