A Tale of a Two-faced Town 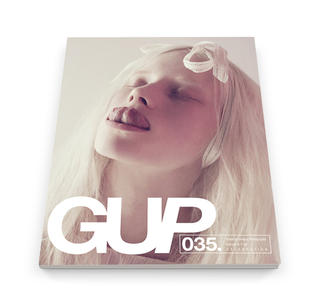 Hendrik's prayers have been answered. After years of lobbying and making donations that eat into the money he has been saving for a gazebo, the moment has finally arrived: tomorrow the mayor will officially hand him the key to the city, whereupon he will usher in the multi-day celebration that makes the punishing southern winter bearable. Hendrik is this year’s Carnival Prince.

At the same moment, an overworked man drags his luggage out of the train, and intuitively walks towards the picturesque city centre. After circling the icon of the Dominican Church on the map, Rajiv turns off his alarm clock and slips silently between the crisp, lavenderscented sheets of the hotel bed. London, the metropolitan madhouse that often seems to overtake him like a Zonda in the fast lane, is mercifully far away. Here in Maastricht he will find peace and quiet, he thinks.

But the universe has other plans.

Shrill amplified music brutally shakes Rajiv out of a comatose sleep. When he irritably pulls back the velvet curtain he is amazed to see not the sleepy city of yesterday but a swarm of clashing colours that, like an army of ridiculous presents, marches through the streets to the beat of out-of-tune folk singing. Like a blast of hot air, the atmosphere forces him backwards. What the hell is going on?

Down on the square a dignitary suggests the idea of the snack bar. Hendrik could make a show of buying a frikandel from the hole in the wall. Consuming the local delicacies, even though this is little more than offal with flavour enhancers, would be a nice start to the 40 days of fasting, much like Jesus did in the New Testament.

Rajiv has meanwhile been unable to curb his curiosity, but the screaming visual assault and piercing bursts of laughter drive him from the street of overflowing pubs. A swarm of girls dressed as bees buzzes around him but as he recoils, shaking the confetti from his hair, he falls with his full weight against someone. Rajiv recognises the man with the cloak from all the posters around the city. The pungent smell of opium dazes and confuses him simultaneously.

Armed with horns and mugs of foamy beer, the unintelligible and wildly gesticulating crowd takes pity on the fallen man. Rajiv looks on stupefied. Has he offended a prince? Interrupted a ritual? In the crush, he can just see how the man with the cloak is pulled to his feet and how, after hastily putting on his hat, quasi-grandly enters the snack bar.

Next year another edition of the carnival in Maastricht, with a new prince and without Rajiv.