A Short Walk in The Gambian Bush

Jason Florio (UK) is a freelance photographer now based in New York City. He has been travelling to and photographing The Gambia since 1996.

When we told the Gambians our plan – to circumnavigate a 930km (620 miles) trek around The Gambia entirely by foot – we were met with equal parts shock and laughter. "What, with those two donkeys?" they cried aghast. "Impossible! The donkeys will die in two days. They cannot go that far. Anyway you are Tubaabs [Europeans] -- you people do not walk, you only move in cars."

And yet, walk we did. My wife Helen and I had visited The Gambia a number of times before, but had never ventured far from its Atlantic coast. This time, we were not only walking all the way to Koina, a village on the country’s eastern edge, but we would be crossing the River Gambia there and walking all the way back to the country's most westerly point on the Atlantic, thereby making the first recorded circumnavigation of The Gambia by foot. 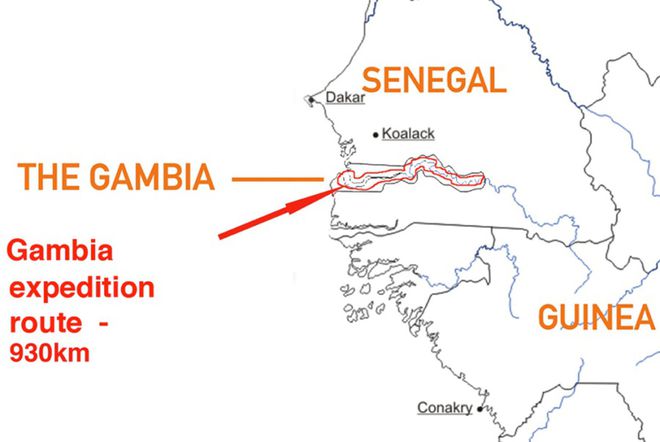 I've been drawn back again and again to The Gambia, the smallest country on the continent of Africa, both as a person as well as a photographer. This particular expedition, fuelled by inspiration from a friend who had just walked 500 miles across Europe on the Camino de Santiago and Mungo Park (an 18th century explorer and chronicler of the region), had the goal of creating a modern day account of the people of The Gambia through formal portraits. The idea is that they would be linked in style and formality to a previous work I did in the Gambia, between 1996-2008, of people who lived and worked around Makasutu, a sacred forest, albeit in colour and digital this time, rather than black and white medium format.

We set off with three locals as guides, two donkeys and a cart for the gear. In addition to the expected camera equipment, I also brought a portrait backdrop in the form of a 70-year old cloth, used by my grandmother in London during WWII for blacking-out windows during the German blitzing of London – the same cloth I had used for the Makasutu portraits.

Initially the plan was to ‘wild’ camp along the route and make portraits randomly as we went. But, our plans changed when we were informed by one of our Gambian teammates that we should spend each night in a village under the protection of the Alkalo (chief). This ‘restriction’ in our sleeping arrangements gave me a clear thread of who to focus the portraits on – the Alkalos and their entourage.

As travellers, it is tradition to present the Alkalo with five bitter seeds called Kola nuts, in appreciation of the offered hospitality and protection. This gift-giving is called 'silafando', meaning ‘a gift to you on behalf of my journey’. With the help of our guides, we had a healthy supply of Kola nuts, but additionally, thanks to a battery-powered printer, I was able to make an instant print of the portraits I took, and thus add a modern spin to the silafando. For many, it was the first formal photograph they had of themselves. The  reaction was often the same: First a laugh, and then the words 'betayaa bakaa!’ – very good, ‘abaraka, abaraka, amin, amin’ – thank you, thank you, amen, amen. The print was soon snatched from hand to hand, as everyone wanted to take a look and make their own comment. 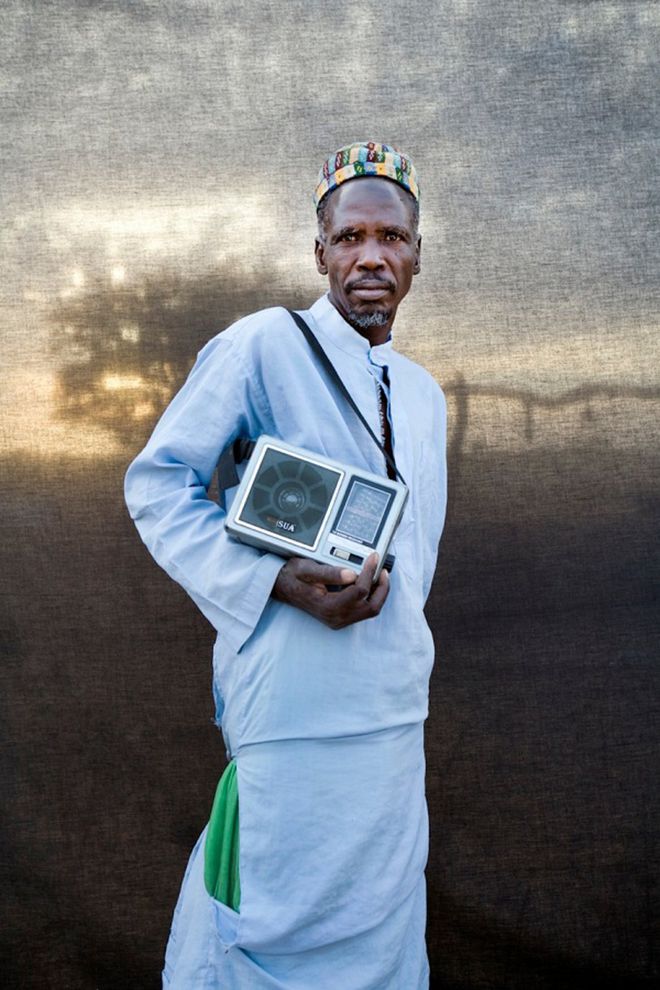 We would normally arrive to a village near the end of the day after having started walking at 5am. With the diminishing light, we had to work quickly to make the formal introductions and explain our mission. I kept a notebook with a copy of each print I had given to previous Alkalos, along with their signature and official village stamp. I would show this to each subsequent Alkalo, and they quickly understood what I wanted to achieve after seeing the photographs of their peers. Alkalos who had been working in the fields quickly changed into their more formal attire for the ‘occasion’. Once the backdrop was positioned (affixed between two bamboo poles), I asked the Alkalo in a mix of English and basic Mandinka to just look directly at the camera, and let them settle into a position before making the portrait.

We often became the evening's entertainment. Children would arrive first to watch us pitch the tents, then women would bring along low wooden stools, positioning themselves for widescreen viewing while continuing to braid hair, shell peanuts and breast-feed. In one village, the children seemed almost feral, diving in and out of the frame. One of the elders soon corralled them behind the backdrop to keep them out the way, and in doing so, added an extra dimension to the image with their shadowy figures appearing through the material. I found ways to try and add such elements to the other portraits where possible. The sitting would normally last no more than 15 minutes; after which I would head into the tent, download the images and pray that the car battery we were using to power the laptop and printer would last until I could print the promised 4x6” image for the Alkalo. 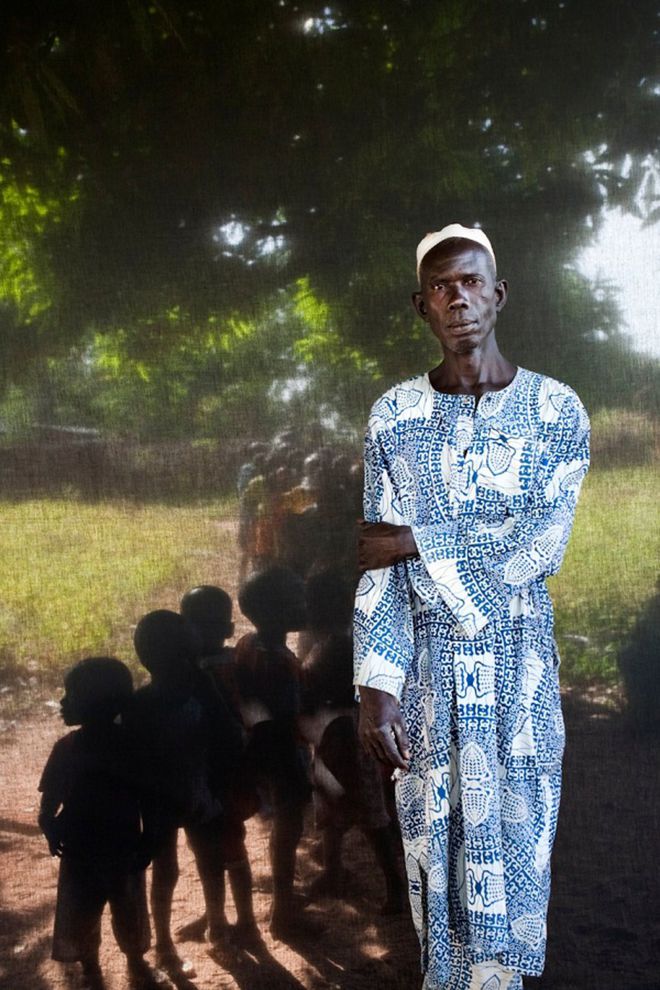 The finish of the journey left me with the need to immediately embark on another. I relished in the random possibilities of each day and felt comforted in the mindfulness of walking with a purpose to create work at each day's end.  While on the journey, both Helen and I agreed that it felt like it was a ‘bit of a warm up’ for something bigger. In January 2013, we completed a 1044km journey to follow the course of River Gambia from its source in the Highlands of Guinea, through Senegal and The Gambia to the Atlantic, to document the surrounding communities before a proposed dam is constructed, choking the flow of one of Africa’s last major free flowing rivers.

See more photos from Jason Florio's project Silafando in our online portfolio. You can also watch for updates to his project on his web site: www.floriophoto.com