A Race to Death: An Interview with Noah Rabinowitz

In 1977, NASA launched two robotic probes, Voyager 1 and 2, tasked with a study of the planetary systems of Jupiter and Saturn. Both probes completed their primary mission, with Voyager 1 reaching Jupiter first in 1979 and Saturn in 1980, but due to the unexpected longevity of the probes, for a small team of aging NASA engineers, the mission has continued even to present day.

American photographer Noah Rabinowitz (1987) introduces the tight-knit team who have worked together since before launch, now bound together by their commitment to the Voyager probes. The series Voyager Mission Control was featured in GUP#46, the Community issue, and in this interview, Rabinowitz speaks more about the engineers behind Voyager, and the trouble of technology outliving its makers.

In your project statement, you quote one of the engineers (Enrique Medina) as saying, kind of enigmatically, "None of us is allowed to go into retirement, as long as the probes are not retired." What does that mean?

He means that the team feels both a strong scientific and personal obligation to follow through on the mission. There really is no other group adequately trained to continue the mission.

Are there ever any newcomers, or does the project knowledge die along with the current team members?

Of course, all of the data is well archived for future research, but as far as I know, NASA is not training a younger generation to operate the Voyager spacecrafts. NASA has moved their funding and focus on to new projects, like the Mars Rover, etc. 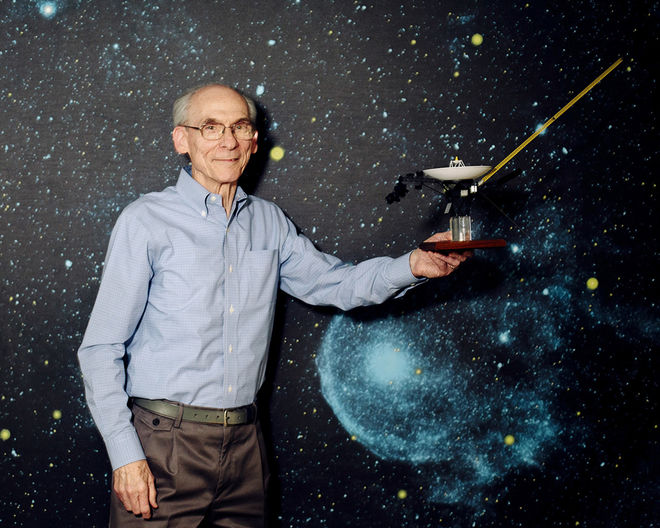 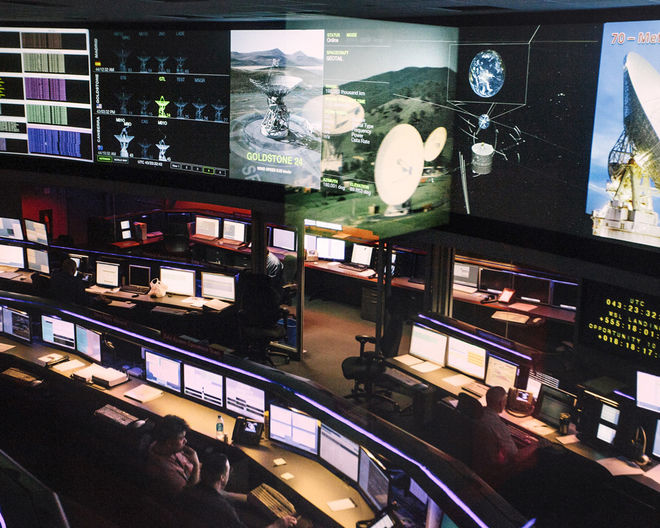 What kind of work are the Voyager staff doing now, compared to when the probes were launched? Is it all slow-moving observation and reporting, or are there still moments of tension and urgency?

In the early days of the mission, as the probes passed by the (relatively) close objects in our solar system, they transmitted the first images of Earth from a distance, of Saturns rings, etc. The milestones were frequent. But once the spacecraft passed Pluto, into the depths of ‘empty’ space, the discoveries and revelations slowed dramatically.

The most recent, and seemingly final, breakthrough was a slow and anti-climactic one. The Voyager mission made headlines in 2012, when it was announced that Voyager 1 had left the heliosphere, the huge bubble of charged particles and magnetic fields surrounding the sun. Although historically significant, being the only object made by humans to reach interstellar space, little changes in the day-to-day on the ground. 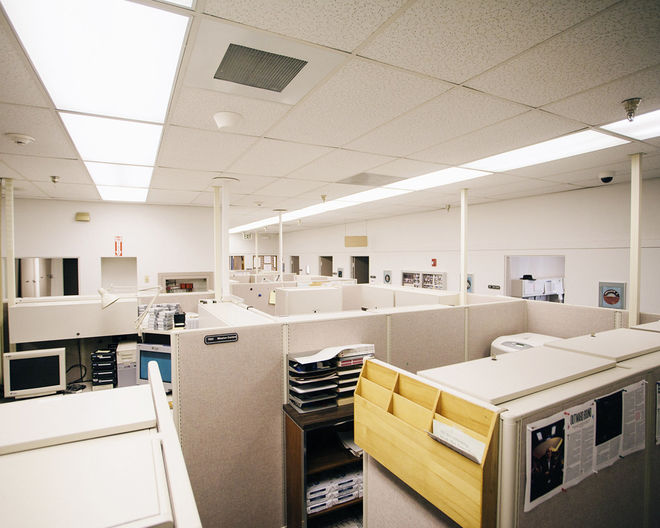 Are the probes actually scheduled for retirement at some point, or is this a matter of who survives longer, the humans or the probes?

As long as the probe continues to send data, the mission continues. It sounds grim, but it does feel like a race to death. Who will expire first? It’s a testament to the scientists and engineers on the project that it has survived in space as long as it has, long beyond the projected goal.

Considering they were built to last 5 years, and now they’re pushing 40, longevity is surely an unexpected factor here. One of the things that makes the series so fascinating is that the office environment as you show it seems quaintly trapped in the ‘80s just the same as the project – is that the way you experienced it also?

Yes – the office esthetic and equipment is trapped in time, as the Voyager spacecraft is floating through space. I wanted to make sure that the banality of the environment was adequately communicated. The team has lobbied to get new equipment through the years, but it seems that this mission is no longer on the top of NASA’s list of priorities. 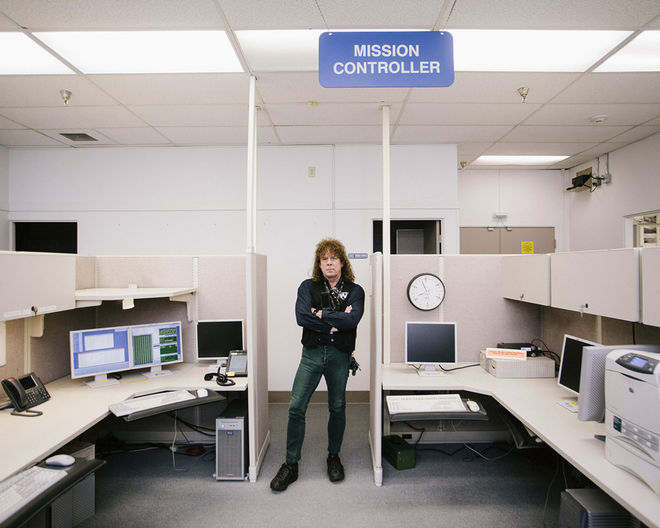 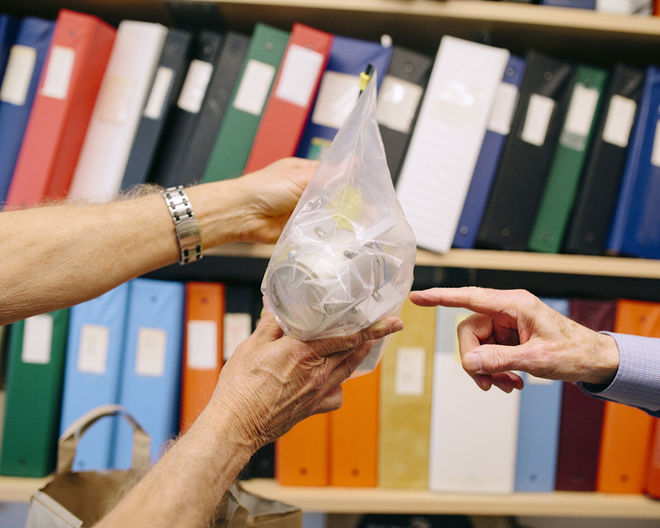 What is the team interaction like now, after working together for so many years? It’s pretty rare to have a team that’s lasted longer than most marriages do…

The team has worked together for so many years, they are like family; through good times and bad. Some members of the team like Tom Weeks have left the mission to pursue another career, but have eventually returned. He went to film school. He had another life, but eventually returned to the project. Children have been born and graduated college. Marriages have ended. The probes meanwhile fly deeper and deeper into space. 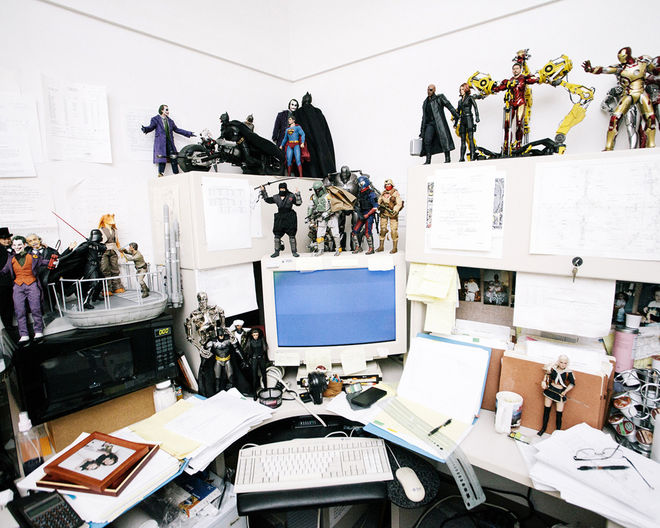 Mission Voyager Control was featured in GUP#46, the Community issue. See more images from the series in our online portfolio.